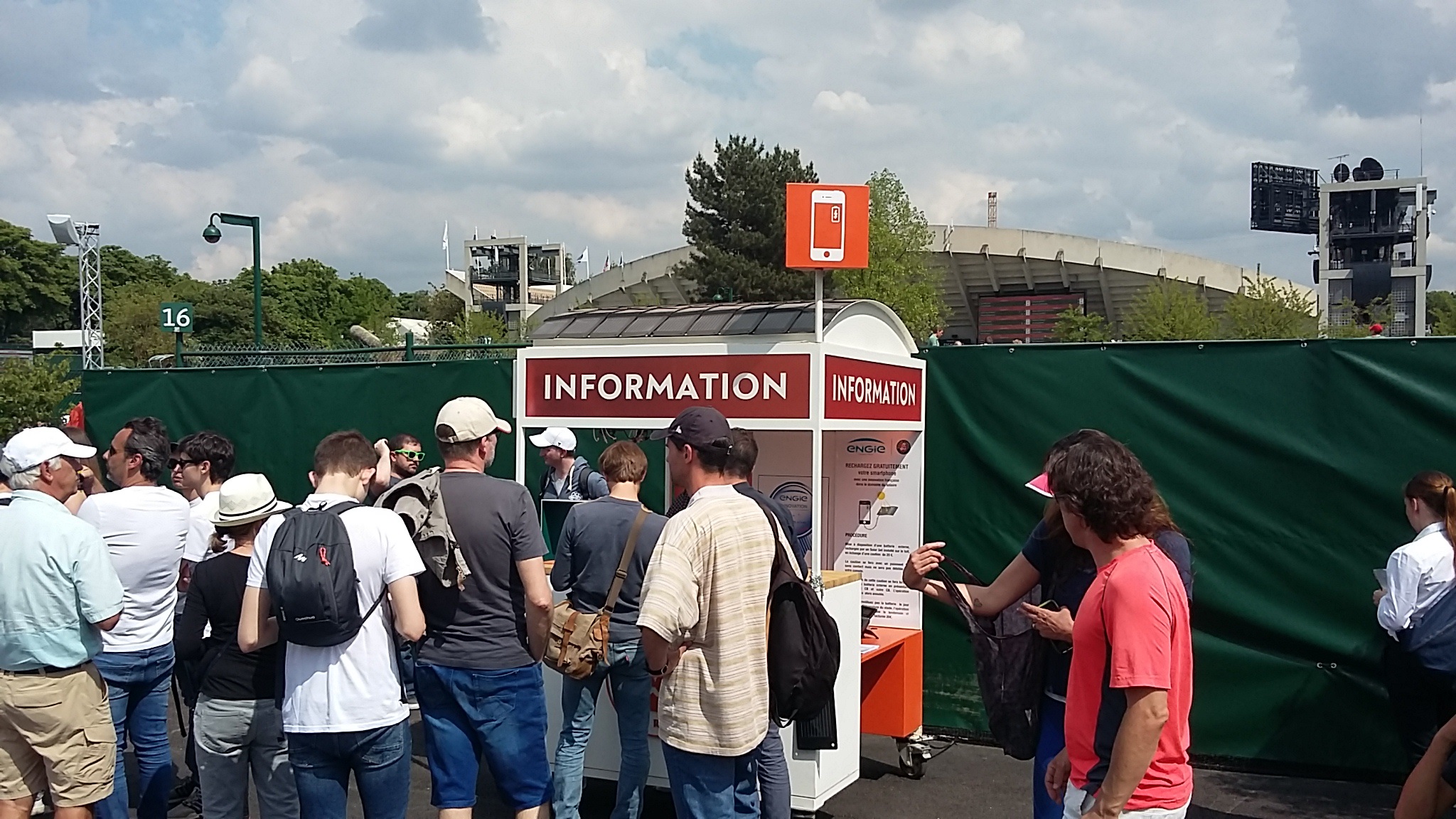 Solar energy at Roland-Garros via Armor and ENGIE

Armor won a call for projects launched by ENGIE to provide new mobile charging solutions for attendees at Roland-Garros.They installed ASCA solar films on the roof of one of the FFT’s "info" trolleys in the new part of court 18. These supplied power for the portable batteries that visitors to Roland-Garros could borrow for the day.After three weeks of excitement at Roland-Garros, François Barreau, the project’s key driver at Armor, gave us an assessment of this experiment.

A positive experience overall in terms of services provided for users.

For the record, we were located in a spot facing court 18, so way at the back of the stadium. Quite logically, the service worked best during the first two weeks, and particularly during the second week. From the first to the third rounds matches were held throughout the entire stadium and we got up to 50 rentals during the day!

Over the whole period we had 234 rentals, a satisfactory number knowing that the other info points also offered charging solutions. We had some loyal "customers" who came back every day to rent our power bank!

A real interest in solar

Users have shown real interest in the fact that our solution is solar. They could see inside the station how the charging system worked, with the ASCA film on the roof and all the cables coming out of the roof to charge the batteries. Despite rather unfavorable weather, the station provided energy 50% of the time and produced 4000 watts over 3 weeks.

We also installed a small demonstrator on the cart that ran on solar energy and raised a lot of interest, to the extent that many people would have liked to buy it!

Today there is increasing awareness of this kind among users and an appetite for more sustainable solutions. When we communicate correctly, people aren’t indifferent to alternative solutions, which I think deserves to appear before the “green” aspect. I also appreciated the enthusiasm shown by the hosts and the hostesses to highlight the solution.

A range of opportunities

For Armor, the mobile station revealed a new range of opportunities, demonstrating that it was possible to install many of this type of small station at Roland Garros-type events or big festivals. This is an area that we will no doubt develop.

As we do in Africa, we want to bring energy closer to users, to ensure that energy comes to them instead of making them move. And while at Roland Garros it was only a question of moving a few meters, in Africa it can involve several hours of walking to recharge your laptop.

Even if it wasn’t the solution we had originally suggested doing, being integrated into the Info Point was ultimately very relevant. Adapting our solution to FFT’s info trolleys made us be more agile and we are proud of the result. And by the way, I want to point out how great the cooperation was between the various partners (FFT, ENGIE and Armor) in making everything work to its peak potential.

Roland-Garros is a major event in Paris that attracts many people. It is a beautiful showcase for innovation. The event was an opportunity to send key messages, and we did so with the truck, to the extent we could, to promote solar energy and show that energy alternatives exist. 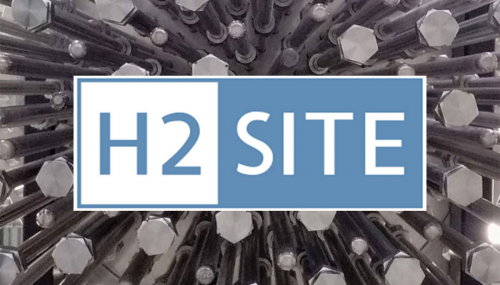 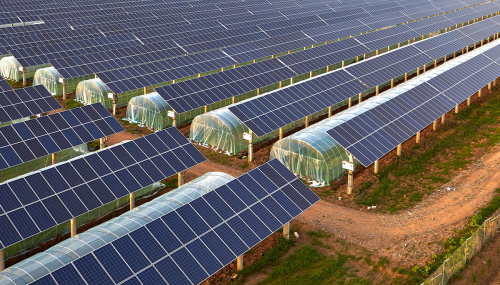 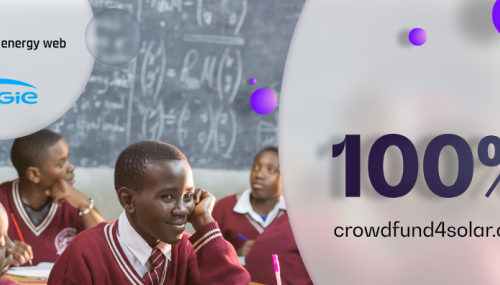