At Vivatech with ENGIE will be Convergelux, a Brazilian company based in Sao Paolo that is developing Solar Thermal Energy (STE), also known as Concentrating Solar Power (CSP). We talked to Carlos Klemz, co-director. 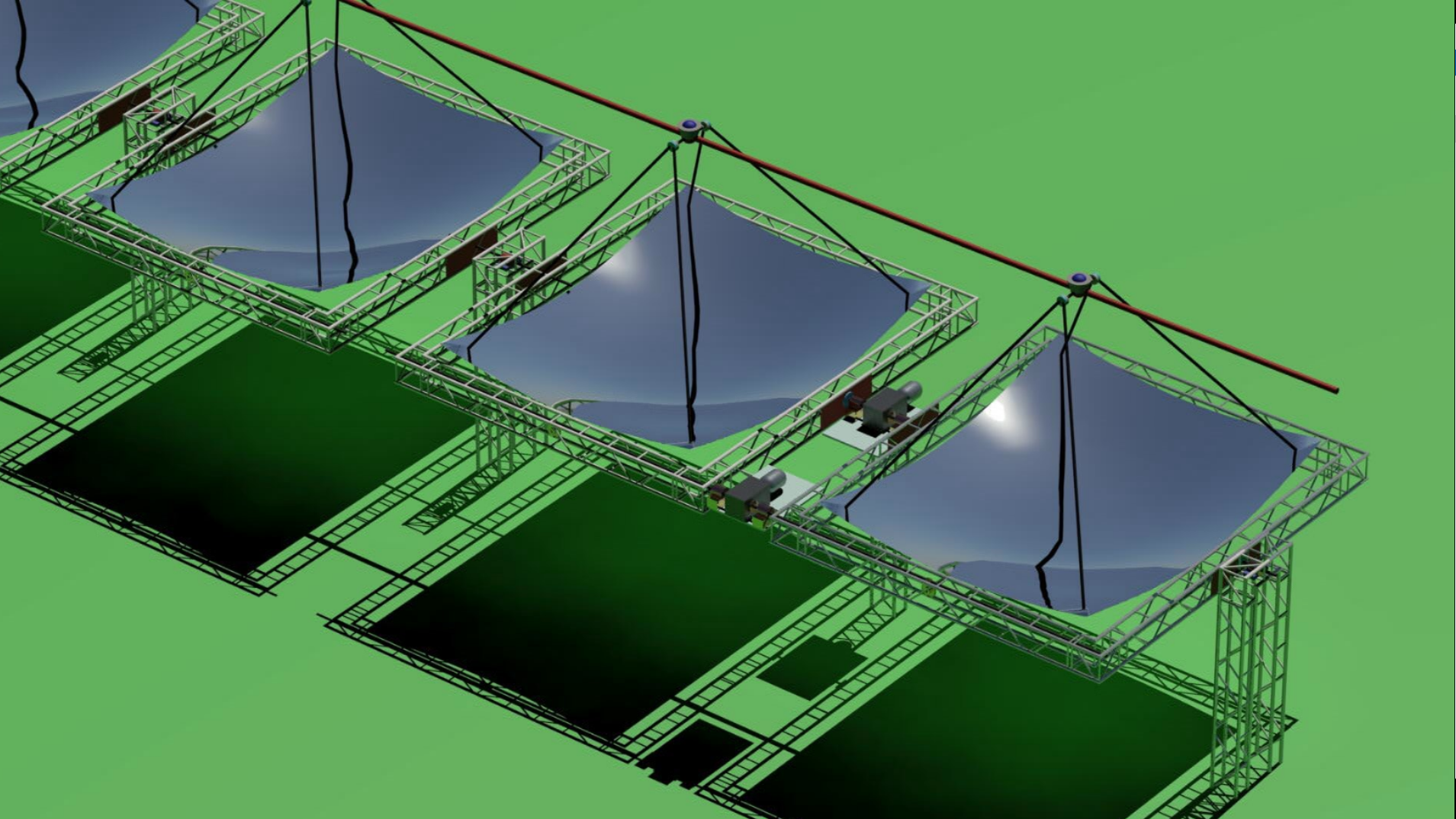 Hello Carlos. Can you briefly present your company and project?

Convergelux was founded in 2016 after Alberto Scapiml, my co-director, developed a prototype. The main advantage of STE/CSP - apart of course from the fact that it is totally clean - is that it allows energy to be stored in the thermal phase, which can increase system efficiency to 70-80%.

Up to now, energy has generally been transformed to electrical energy, but less than 25% of this is used directly. The rest is usually lost as re-transformed thermal energy: extraordinarily wasteful! Capture thermal, store thermal, use as thermal or electrical: much more logical... and economical.

And in what ways is your project particularly innovative?

The revolutionary characteristic of the Convergelux system is its modularity, which makes it infinitely scalable at linear cost. Current STE/CSP architecture tends to be very high-scale, adapted only to large utility power plants, whereas the Convergelux system can be adapted to varying needs. This makes it the perfect solution for decentralized micro-grids or self-producers, offering small power plants to energy-intensive consumers: industry, commerce, agribusiness, or various types of community.

Tell us something about Convergelux and ENGIE

The Convergelux concept is of course totally adapted to the ENGIE focus on decentralized power generation. Last year we submittted proposals for local ENGIE innovation awards, and that was where we met the local ENGIE representatives. In the future, we hope to develop a closer relationship with them.

How do you see the future of STE/CSP, and your role in that future?

STE/CSP is one of the most efficient and flexible forms of clean energy generation. It integrates easily with existing thermoelectric power units, creating hybrid systems for high supply stability; it can replace fossil fuel or biomass burners, while retaining the turbines and generators; or of course it can stand alone. I predict that end-of-life diesel and thermoelectric power generators will be increasingly replaced by STE/CSP units.

What will you be presenting at Vivatech?

We are still at the project stage, so we will be presenting our project through video animations and presentations focusing on modularity, scalability, and the wide spectrum of applications via micro grids.

What do you expect from your being at Vivatech with ENGIE?

We would like to change the commonly-held but erroneous view that STE/CSP energy generation is not yet cost-competitive, and show that it is suitable for small-scale power plants.
Obviously, we also hope to meet potential partners, investors, friendly customers and strategic suppliers.

Are there any questions you would like to be asked?

A major problem with solar and wind sources is the intermittance. STE/CSP offers the most efficient and cost-effective solution to mitigate this.Thermal energy is a flexible intermediate form with a well-established conversion industry.
Our main target segments are suburban and rural communities, and businesses of any size that are intensive consumers of thermal or electrical energy.
All that represents an enormous market!