Sylfen develops integrated solutions for energy storage and production in buildings and neighborhoods. Sylfen is one of the companies ENGIE has invited to exhibit at Viva Technology, from June 15th-17th. We wanted to know more about this young company from Grenoble. 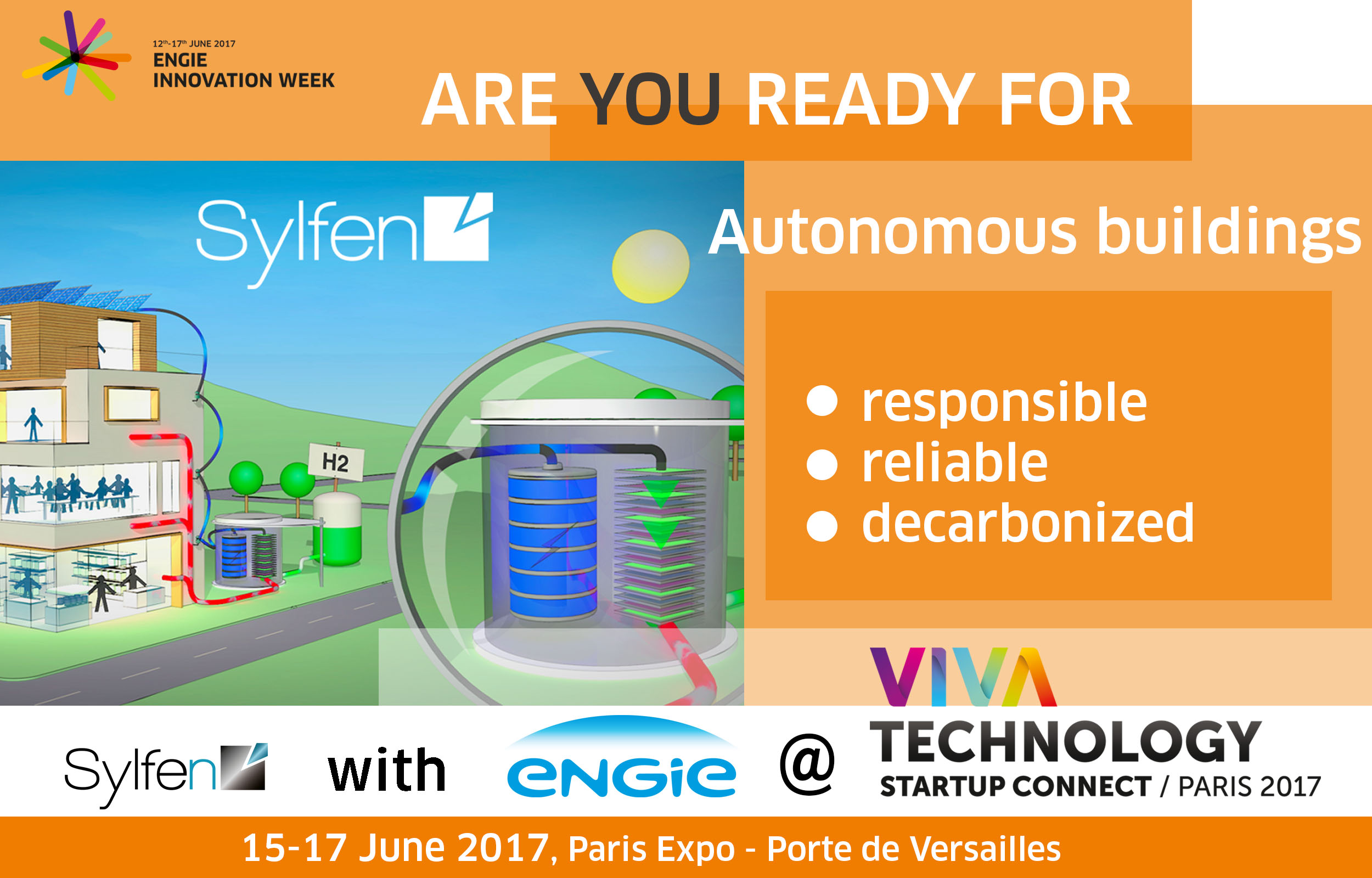 Hello, Can you give us a short introduction to Sylfen?

As the population grows, energy needs increase. At Sylfen, we think that energy generation capacity needs to be expanded without harming the environment or the health of the population. The development of renewable energies makes it possible to plan for responsible energy consumption, but renewable energies are themselves not reliable in that they are intermittent. The solution is to store surplus energy locally at the building level to compensate.

Sylfen develops a hybrid energy storage system that equips large buildings to become self-sufficient in energy. Thanks to a reversible electrolyser innovation, the result of 10 years of work at CEA-Liten, our users can now store large amounts of electricity locally using a hydrogen vector. Since this energy processor is reversible, hydrogen can be consumed in fuel cell mode and then provide electricity when production runs out.

Also, all or part of the hydrogen used in the system can be replaced by city gas, which allows it to serve as a stopgap and make the energy supply more reliable. With the Smart Energy Hub, you can make the choice to use carbon-free energy, with serenity.

How innovative is your project?

The innovation resides in a technology that can function as either


So the same device provides great flexibility for energy storage and control.

Why is the BEPOS (French energy positive building standard) not enough? Because “positive energy” corresponds to a yearly average that measures local energy generation and consumption goals set per square meter. If the equation is positive, then you get the label. The user is completely left out of this approach. You don’t need to look at when energy is being used since it all goes through the central network. Energy production is disconnected from its use, and so we find ourselves buying energy at the same time as everyone else, when it’s expensive and relatively scarce.

In the energy self-sufficient building, users are at the center of the energy issue. The goal is to provide the comfort and reassurance of energy that is produced, stored and managed locally. In fact, energy is created in local renewable generation facilities, and the surplus is stored in batteries as hydrogen. When no more energy is being produced, stocks cover for demand without drawing on the central network, when everyone else needs it.


What are you going to show at Vivatech?Vivatech will be an opportunity for us to present the model of the first fully integrated system, a true demonstrator of the future of energy management at the local level, and to explore both the hardware and software aspects.
What do you expect to get from being at Vivatech with ENGIE?We want to communicate about the new benefits available through large local storage capacities. This approach is aligned with ENGIE’s strategic development, which goes beyond the energy transition to decentralized energy management, being more responsible and less dependent on fossil fuels.

What question would you have liked me to ask?

I would have said, "And what about the hydrogen in it?"

Well, let's talk about it! Hydrogen is the most promising energy source, because it can be used to meet all kinds of energy needs: electricity, heat, locomotion. And it doesn’t require drastic changes for end users, which makes it a solution for taking on the future serenely.