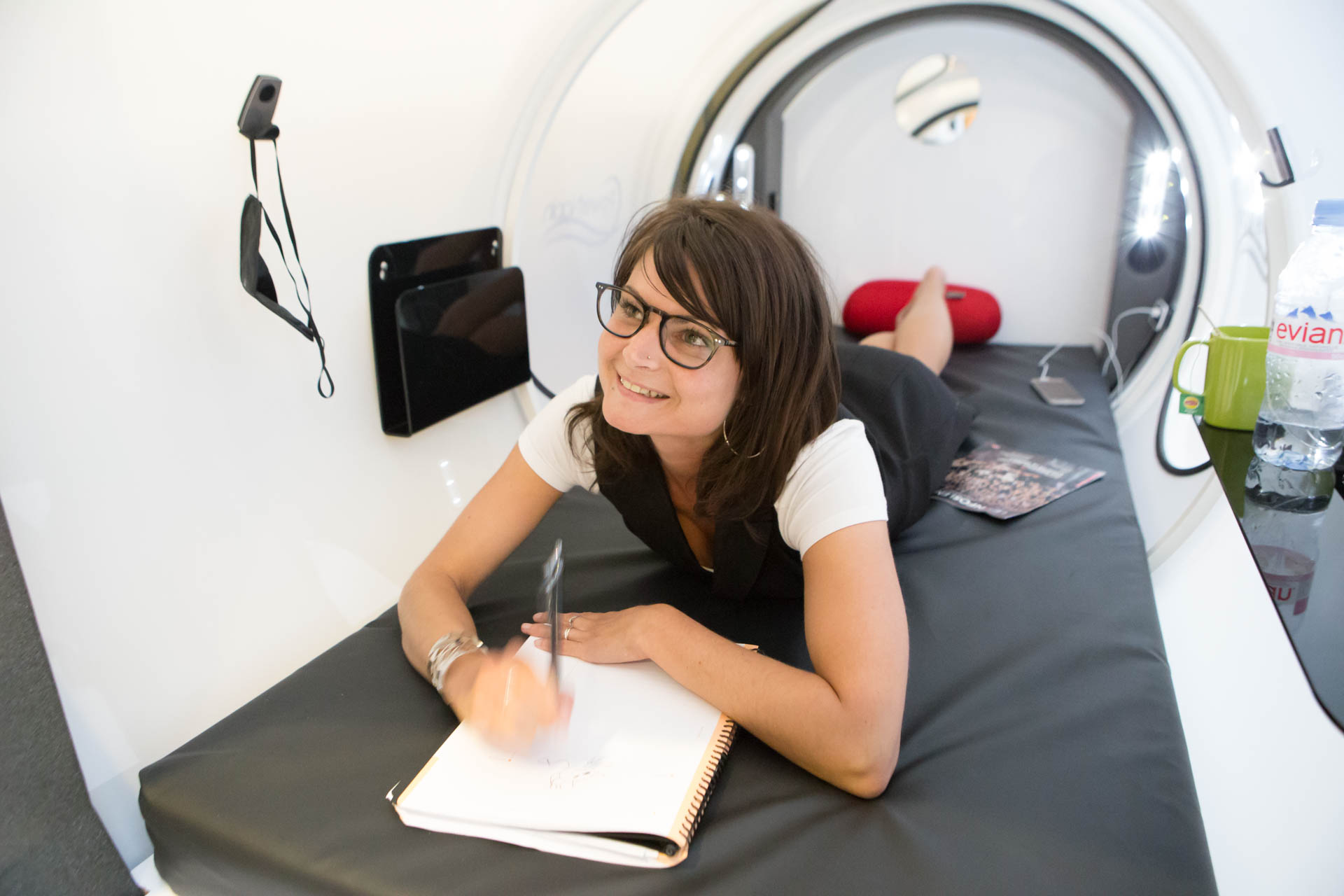 ADILSON gives workers the opportunity to have a moment of rest and relaxation at work. It is revolutionizing the practice of micro-napping at the office with a specially-equipped capsule and accompanying services to make sure it gets used successfully. Adilson will be at the ENGIE Lab at Viva Technology on May 26th. Adil Achibane, its founder, gave us a short introduction to the company.

I created Adilson in 2017 while also being employed full-time in a large company. I have always been attracted by the idea of entrepreneurship and I built the business during my free time. A partnership enabled is to quickly set up a prototype, the project took off and now it's my main activity. The SNCF was our first customer. We made the capsule available to startups and students at the IONIS Education Group’s digital creative campus in Paris.

According to the neurologist Michel Tiberge “human beings are genetically programmed to have a period of drowsiness between 12 p.m. and 3 p.m." During my student days, before I created Adilson, I would take a lot of mini-naps to compensate for the days when I would work every night in addition to studying engineering! The only way I found to get the most out of my time and regain some energy was to eat quickly and then take a 20-30 minute nap every day during my lunch break.

Once I arrived on the job market I was hyperactive and had a hard time finding spots to take my micro-naps. Once I had run out of places like nearby lawns or my car, I sometimes slept on my desk, but that’s looked down on in France!

Also, during my career in several large French companies I found that employees were often faced with problems like work overload, pressure from their bosses, fatigue, lack of sleep, stress, various health problems, absenteeism and even burn-out... My project was inspired by that experience.

At the beginning it had a B2C focus that I’ve since set aside temporarily to focus on the B2B part of the business, which involves offering workplaces a place for their employees to take micro-naps. I use the term micro-nap, but you could equally characterize it as a rest, a 20-minute break, or a place to separate oneself from everyone else and relax. For some it's just about lying down, for others it's sleeping.

The Adilson capsule give you a space to be alone because in an open space environment people are never really alone: there is constant noise around you, you usually eat with your colleagues, you take a coffee or cigarette break with your team… Sometimes you just need to get away from everyone to recover.

Do you think that companies benefit from setting up micro-napping spaces for their employees?

Of course, companies have everything to gain from doing so! According to NASA, a 20 minute nap can increase productivity by 35% and concentration by 50%. Naps also result in the following:

The Adilson capsule fits easily into existing spaces. You don’t need to create a special room, since it is relatively small (2 x 1 meters). The capsule fits into any open or closed space, below a staircase, at the end of a corridor or in an open space outright.

In the future, we are looking to move beyond offices to develop new capsule designs for airports, railway stations, motorway rest stops, shopping centers... all busy places where people need to rest as part of their itinerary of travel or shopping.

The first capsules were installed at the SNCF (French national train network). Were they in rail stations or their offices?

They still are installed in an entire floor that had been given over to well-being, with open meeting rooms that turn into a picnic areas at lunchtime, sofas, a piano, a foosball table, etc. The capsule was installed on that floor, and the building’s 1600 employees have access to it. For the time being, taking a rest at work isn’t part of the work culture in France, and the users want to be discreet. This is why we set the capsule up to be visible but relatively hidden. But now we’re seeing a steady increase in attendance, which is a sign that mentalities are gradually changing.

So people aren’t yet fighting to get access to the capsule?

No, to avoid arguments, we implemented tools that measure the occupancy rate and the busiest time slots. If we see that it’s being overused, we advise our customers to install a new capsule to regulate the flow.

A mobile app is being developed to manage reservations in 20-minute increments up to a month in advance.

How does it work? Do you need to bring your own sheets?

The capsule is naturally aerated with special openings, so we it doesn’t have to be specially ventilated or air-conditioned with noisy motors. For hygiene, we provide pillow cases and disposable sheets. And of course the capsules are cleaned and disinfected every day.

In the 90-minute sleep cycle, the first 20 minutes correspond to the light sleep stage, which is more recuperative than deep sleep. After 20 minutes, the body goes into a deep sleep then a paradoxical sleep known as "sleep inertia", a physiological phenomenon, which results in a feeling of numbness where you are a little groggy or confused and it's hard to wake up.

Albert Einstein, an avid micro-napper, would fall asleep holding a spoon in his hand. As he passed into deep sleep, his muscles would relax and the spoon would fall onto a tray underneath, waking him up at the perfect moment.

Other celebrities like Napoleon, Salvador Dali or more recently Jacques Chirac were also practitioners of the micro-nap.

A slogan for Adilson?

"A nap at work isn’t wasting time, it’s optimizing it. "

In France, it is difficult to use the word nap, which is still a little frowned upon. I often talk about relaxation, rest, or rejuvenation, which are better accepted concepts in a professional context.

Are you going to install a capsule at Vivatech and let people test it?

Yes, of course! The capsule is a long tube with translucent sliding walls that you slip into to isolate yourself and relax or take a nap. Visitors will be able to do short sessions for a few minutes to test the capsule.

What do you expect to get from participating in Vivatech with ENGIE?

Our collaboration with a large company like ENGIE will hopefully give us visibility and help us find customers, partners and potential investors.

Being at Vivatech will certainly get us more attention and will help us change mentalities in order to further our mission of raising awareness about the benefits and increasing the practice of napping at work.

In China, for example, the right to nap is enshrined in the constitution, and companies are required to let their employees do so. An anecdote: when Ikea moved to China, workers started sleeping on the beds in the showroom. This initially shocked the leadership, but it gradually became commonly accepted practice.

For you the future will be ...

For us the future will be people-centric and rested!

Humanizing robots is a good idea but we have to be careful not to robotize humans. Putting people-centric practices back at the heart of business strategy is both vital and profitable. Happy employees are half as sick, six times less absent, nine times more loyal, 31% more productive and 55% more creative, according to US studies by MIT and Harvard. 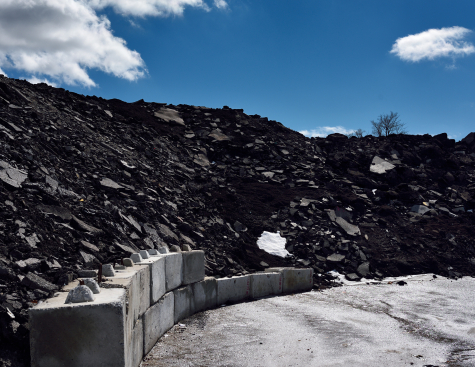 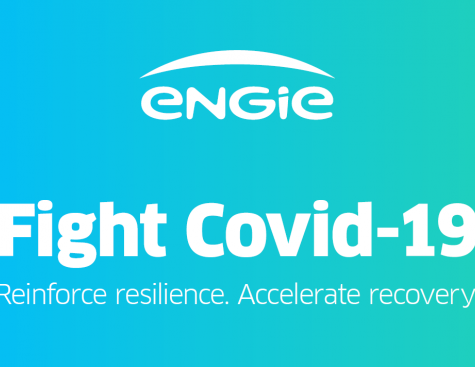 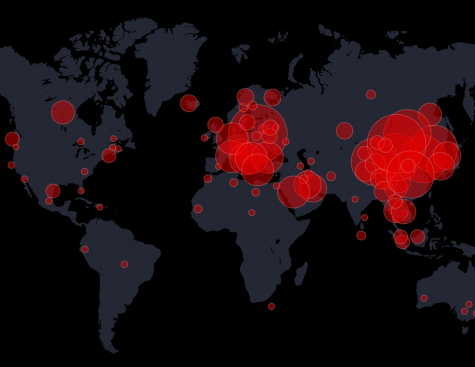