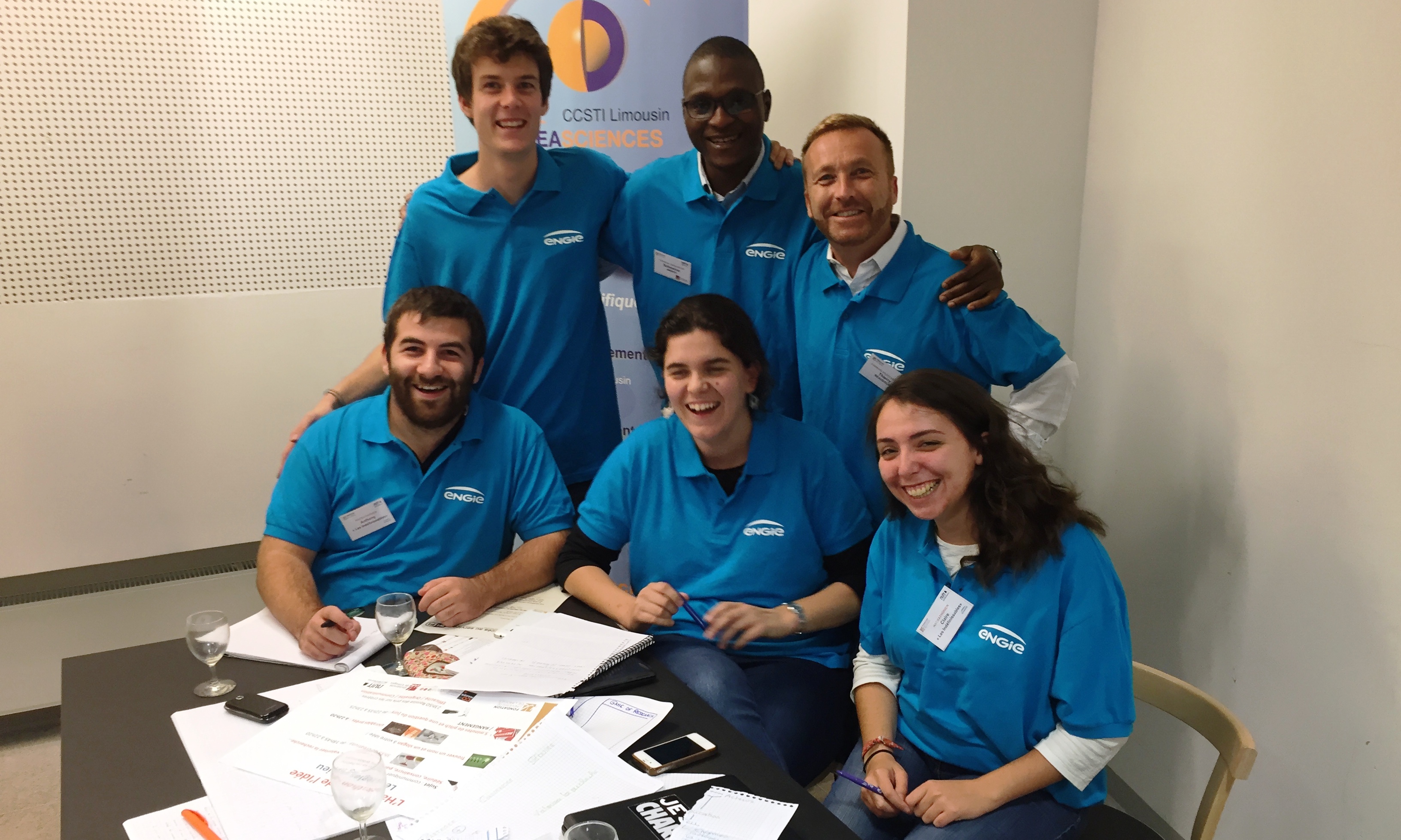 At the Ideas Hackathon, ENGIE’s team will work on communicating about research

Events for this year’s European Researchers' Night were held Friday, September 30th in more than 200 cities in Europe, including 12 in France.In Limoges, ENGIE’s regional delegate Thierry Beaudouin participated in the “Ideas Hackathon", an event organized by the University of Limoges Foundation. From 6 p.m. to midnight, 6 teams – each composed of four students, a researcher and a representative from the business world – got together to discuss “The Future of Communicating about Research”.

It is often said that researchers are not always great communicators... The challenge for this hackathon was to think of ways to help the public learn about advances in research, and to help the researchers who make them better publicize their worlds and work.

The Ideas Hackathon gave participants four hours to innovate and work together while also letting the participating researchers share their experience with the public.

ENGIE sponsored a team, which is how Thierry Beaudouin ended up participating in the hackathon as a company representative.
To achieve the overall goal of building bridges between researchers and the general public, the ENGIE team came up with a weekly television series that would address a different research theme every week in a fun and exciting way. The name of the series speaks for itself: "Game of Research", with the tagline "Only research will save them!”


The style invented for the series – a little dramatic, a little poignant – adds up to a real thriller, where audiences are really interested in the outcome, like in some episodes of the show House.

At the end of each episode, the next week’s challenge is laid out. Over the course of the week, a smartphone game lets you hunt for clues to the solution, navigating from site to site and from one scientific discovery to another.

For its creators, this combination of TV series and a game brings together different age groups using media tools – from TV lovers to collaborative gamers who enjoy things like Pokemon Go and Ingress.

As Thierry Beaudouin told us, "four hours was obviously a bit short to develop something, but we had time to create a poster and to imagine how the game would work. We then had 3 minutes to pitch and defend our idea in front of the judges.
I should note that our project was the most ambitious. The other projects were limited to the local level: sharing research from the University of Limoges with a local audience. We were the only ones to have a broader view of what the research could do."

Although the ENGIE project team did not win first prize, Thierry Beaudouin was very happy with this experience: "Working with students, a researcher and a company representative helped us better understand that big differences in levels of understanding and vision exist. Doing things like this opens doors! "