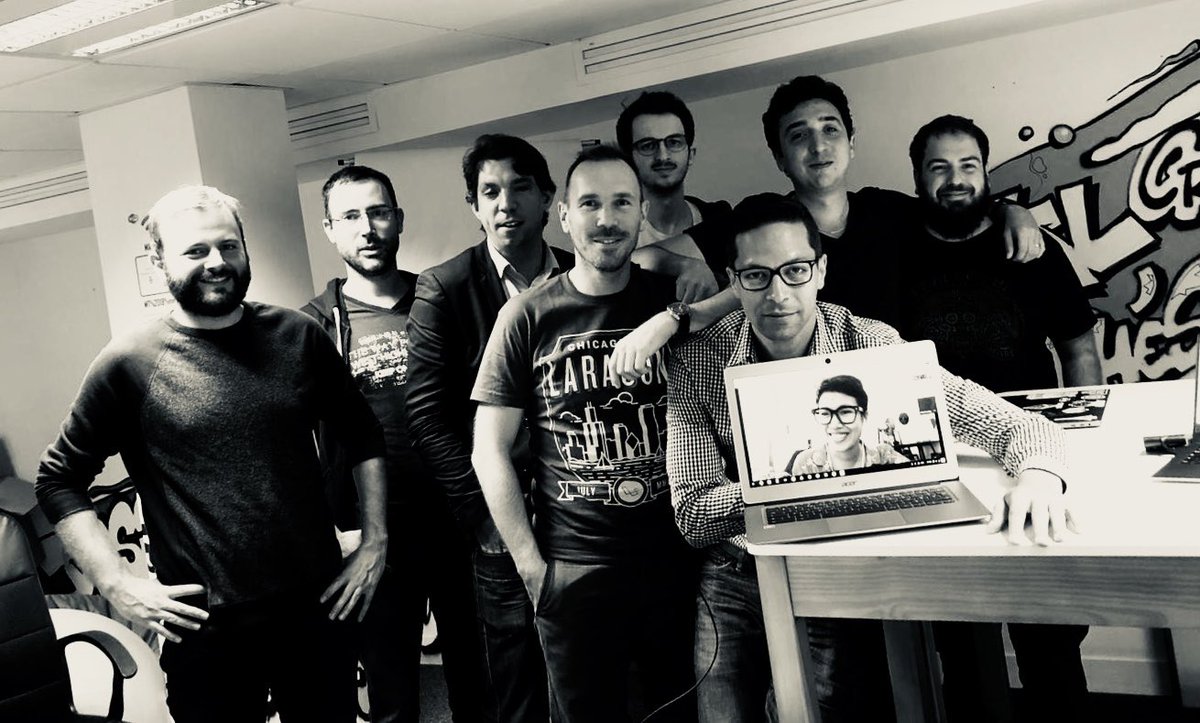 Blockchain Studio - facilitating and developing the uses of the Blockchain

We met Blockchain Studio last June at Viva Technology. Next January they will join ENGIE at CES to present RockSide, their new product designed to facilitate the use of the blockchain.Corentin Denoeud, CEO of Blockchain Studio, told us about the changes taking place for this young startup over the last few months.

Hello Corentin, can you remind us what Blockchain Studio does?

Blockchain Studio is a software publisher whose mission is to create a software suite that facilitates the use of Blockchain, whether for operational projects or for app developers. We want to make it easier to understand, use and operate this new technology which will have a significant impact on all kinds of businesses: energy, of course, but also banks, insurance, logistics, etc.

A recent analysis by Deloitte indicates that half of the companies surveyed planned to invest several million euros on blockchain projects. We are seeing more and more applications for the blockchain, even if for many they are still in the proof of concept stage. One of the problems in this area is the lack of tools to facilitate the development and standardization of applications.

Our strength is precisely being one of the few experts on the blockchain. Thanks to this advantage, we are able to create and industrialize standards of use.

Let’s take the example of the internet: in 1983 the TCP IP protocol standardized, which allowed us to create websites. The general public has usually never heard of it although they use it all the time. It was only in 1993 that standards and applications were created that made it easier to use the internet. So it took 10 years and the standardization of the use of this protocol to develop more and more websites. We are at this stage for the blockchain: we have a protocol, the blockchain, which we could say is the equivalent of TCP IP for the web, and we are creating standards. Blockchain Studio has the ambition to be one of these standards, even to become THE standard.

Last June, you explained the blockchain to us very pictorially, using the history of the mayor who burns the real estate register, and inhabitants who decide to share a copy of the register. This explanation was very successful because for many it was the first time that they understood something about the blockchain. 6 months later, is it still the same image you would use?

Yes, because the description is very easy to understand. And what we develop at Blockchain Studio is the way we install copies of the registry in each house. For the moment, applications being developed by companies only manage a small number of registers (nodes). Large scale production is not possible because the way these records are managed is not efficient and robust enough. Our latest tool, RockSide, helps manage registers and standardize the way they are deployed.

Since June, how have the company and your relationship with ENGIE changed?

The first big step, which we announced in September, is that we are strengthening our partnership with ENGIE, which has invested €1.9 million in the company and has expressed the desire to support us over the long term, both on the financial side aspect and on the practical side. ENGIE has confirmed that it needs to use our tools and install them throughout the entire company.

This will allow us to test our tool within a large company. ENGIE will be able to make use of our solutions as and when they are identified. We know that ENGIE's needs will be the same as those of other large companies. We can really talk about co-construction.

The second important point since the summer is that we launched our 2nd product, RockSide, on October 31st. It is a blockchain orchestrator, which will allow to manage and deploy nodes (the equivalent of the houses in which the copies of the register are stored in my teaching example), to operate, manage and monitor them on a daily basis. The tool allows us to to create gateways to the blockchain, to communicate effectively with it.

Until now, existing solutions were centralized. The entry point to a blockchain was a server managed by a third party, which totally contradicts the spirit of the blockchain.

Are you already working on specific projects at ENGIE?

One of the blockchain projects at ENGIE that we are going to collaborate on is the project TEO (The Energy Origin) which guarantees the traceability of green energy. On this project, Blockchain Studio's RockSide solution will make it possible to:

Several other blockchain projects are in progress at ENGIE, and using our solution will allow each project manager to access the tool to create gateways to the blockchain with increased security and availability.

The ultimate goal is for the tool to be used by all ENGIE BC projects.

What does it mean for you to participate in CES?

For us it's great! The CES is the ultimate innovation event. Even though it is more B2B-oriented every year, it still retains a B2C image. For us, this duality is interesting because we have to think about the B2C uses of the blockchain. As a technology, the blockchain has value only when it is used by everyone. If we take the example of the Internet, as long as it was used only by the military and a handful of companies, it was of less interest and value. The day the internet became more widely used, it became much easier to use and really developed. I belong to a generation that started using the internet massively from the moment it had access to unlimited plans. This access allowed us to develop the uses. For the blockchain, we have to think about the uses and the user experience.

Of course it’s like a dream to attend the CES but it is also a great opportunity to participate in the birth of a technology, to confirm our place as a global standard for deploying applications on the blockchain, all at the most important event in the world. It's up to us to seize the opportunity!

What are you going to show?

At CES, we will show how a B2B tool will facilitate uses from the user’s point of view. Today the blockchain is complicated to implement and is little understood by the general public. We want to show how, thanks to our tools, we can easily make the link between a complicated technology and uses that make sense to regular people.

We will show this chain from low technology layers to "high" layers (which can be a mobile app, sensors on a package, or any other use), and model it with Lego bricks.

What would be your magic meeting at CES?

On the technical side, it would be with Vitalik Buterin the founder of Ethereum.

If not, if we could meet the founder of Google, Larry Page, we would like to explain our potential as pioneers of the blockchain to him. We are at the dawn of the era when this technology is going to be used, and meeting one of the historical creators of the web who is still on top of the business would be really magical!

And why not go further like Red Hat, which has just been bought for $34 billion by IBM?

In 2030, the blockchain will be as important and widespread as the Internet in 2005, with a lot of potential. So we can predict that a large number of applications that we use on a daily basis are going to be decentralized.

The current development of the blockchain is similar to the 1990s for the internet. Like the internet, the blockchain will change our whole lives. And in the same way that today we use Internet protocol in all our daily activities without even realizing it, we will use the blockchain all the time without knowing it, because it will be so widespread that it will become invisible.