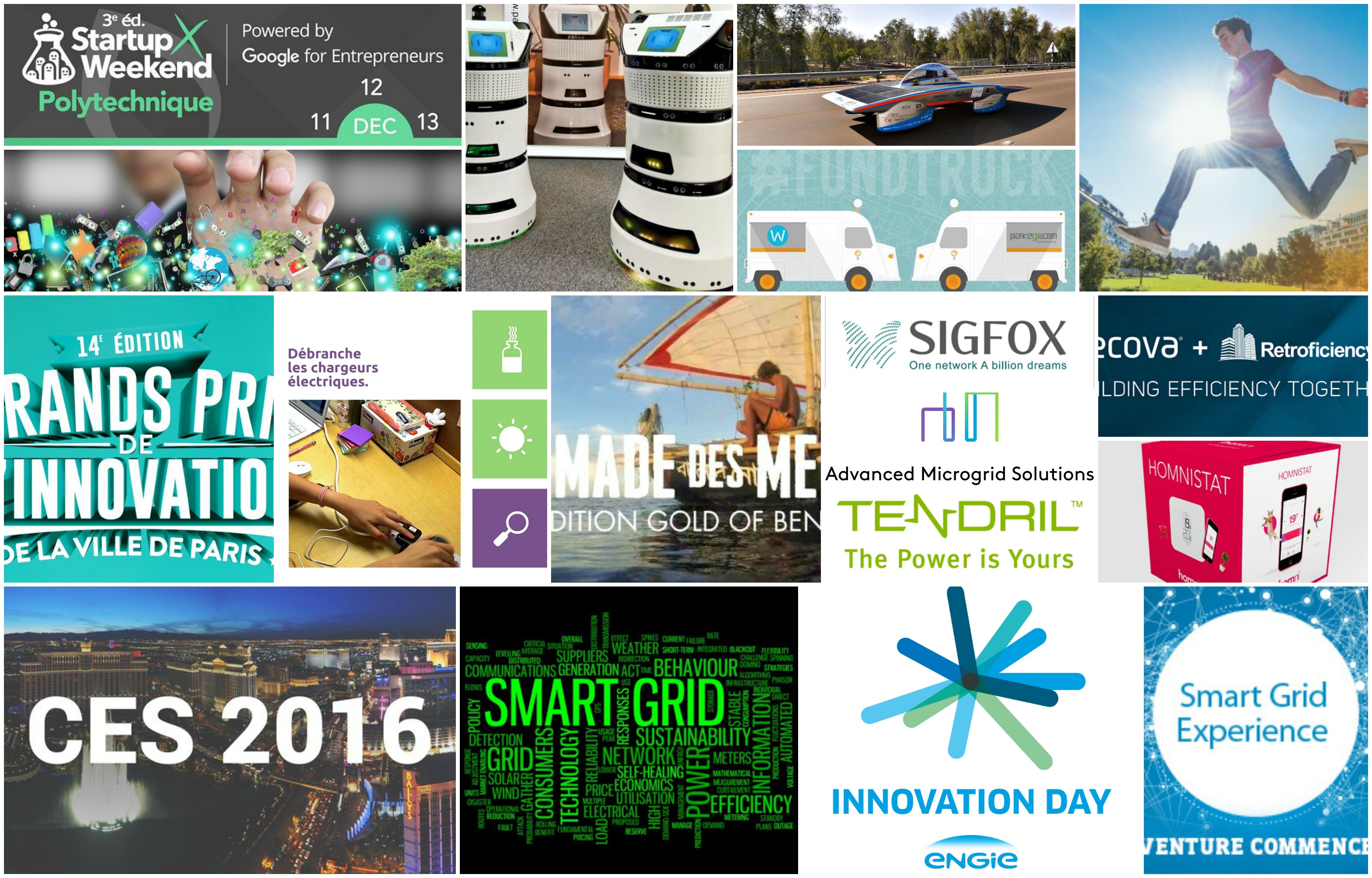 ENGIE at the center of the world of innovation in 2015

It was a major trend in 2015: ENGIE and other big energy and construction companies launched numerous initiatives to engage with startups and the world of innovation. In little over a year, ENGIE managed to find its place in this ecosystem through its innovation programme, OpenInnov by ENGIE.

Let’s look back on a year of events and initiatives dealing with open innovation.

One is internally, with opportunities for employees to develop their innovative ideas and transform them into projects and products through an incubation process. In 2015, 300 ideas were submitted by employees.

Externally, ENGIE makes moves to court startups and innovators through calls for projects, meetings on the ground and investments by the ENGIE New Ventures investment fund.

2015 Highlights:
- 18 calls for projects were launched in areas as diverse as e-health, urban mobility, energy storage and anaerobic digestion.
- 3 Innovation Days in Lille, Marseille, Bordeaux
- 4 Innovation Morning Meetings led by Erik Orsenna at the Village by CA, on the themes of the smart city, e-health and biogas.
- The first hackathon on drones in April
- Investments by the ENGIE New Ventures fund in 7 startups: SigFox, Apix Analytics, and Redbird in France, Powerdale in Belgium, Tendril and AMS in the United States and KiwiPower in Great Britain.
- 15 employee projects were incubated in 7 of the Group’s partner incubators around the world (in France, Belgium, Netherlands, Brazil)
- The launch of the incubator for "Improving energy in the city," a collaboration between ENGIE and Paris & Co for developing new products and service offerings related to improving urban energy efficiency.
And, of course, the international success of ENGIE Innovation Week, which helped highlight the Group's hundreds of innovations around the world when it was held in June.

Relatedly, OpenInnov by Engie sponsored a large number of other events related to innovation in France and abroad, including the Fundtruck, a climate hackathon, a startup weekend, the startup of the year competition Bonjour Idées, and many more ...

After a year 2015 full of innovations of all kinds, 2016 began just as strong, with ENGIE’s first official representation at 2016 CES, the trade fair for the newest trends and innovations.ENGIE was on site with its innovations and 3 of its partner startups, who were able to present their products to the world and get further involved in the world of innovation.