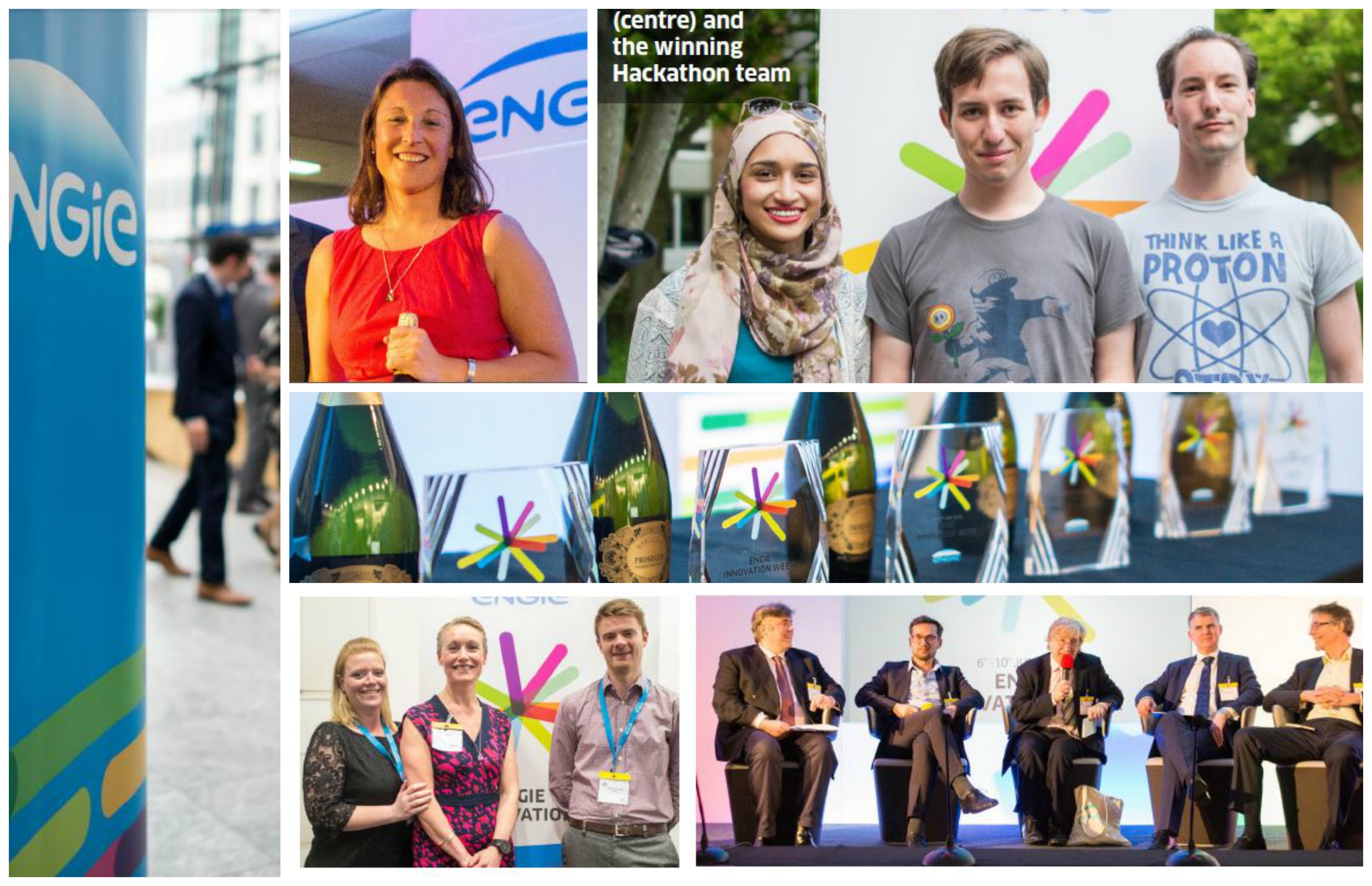 ENGIE Innovation Week 2016 in the UK : putting the UK on the innovation map!

ENGIE Innovation Week 2016 was an international event designed to celebrate, share and enhance the innovative spirit and ideas that we see throughout the Group.During the week ENGIE UK ran hackathons (including one for students at the University of Sussex), debates, conferences and exhibitions on themes including corporate responsibility, Energy Transition, Smart Cities, Energy Storage and Green Mobility.

Friday’s event at 1 Victoria Street, home of the Department of Business, Innovation and Skills, was opened by Ed Vaizey MP, Minister of State for Culture and the Digital Economy. He gave a great introduction to the event and got it off to an entertaining start. During the day, we ran an exhibition where 48 employee teams and startup businesses demonstrated their innovations.

We also ran a debate on the subject of crowdfunding in innovation and our Big Pitch, 2016.

For the second year, we ran a pitch event at the Innovation Showcase on the Friday. Teams had been selected from the Call for Projects earlier in the year and from the Venturefest East event, held on 24 May.

Six start-up businesses competed against each other and presented to a panel of experts.
Four teams presented solutions on Internet of Things/Big Data Solutions for Cities; one was delivering bio-tech solutions and one had created a battery storage solution.

The winner, Living Maps, provides a mapping platform that can be used externally to map walking routes (e.g. the maps found outside every tube station in London) or internally at airports, shopping centres and other venues.)

The runner up, DroneOps, is developing the data for drone technologies to be used around buildings and security environments.
They were chosen because of their potential to add value to our ENGIE solutions in the UK.

A second pitch was run during the day, highlighting the skills identified through our Emerging Leaders talent and the Hackathons we have held in the last few weeks.

Teams from Leeds, Brighton, London and Newcastle competed for the title of Tomorrow’s Innovator which was won by Josh Allwood, a student from the University of Sussex, who demonstrated that in just over five hours you can create solutions to the Green Mobility challenge!

The ENGIE 2016 Innovation Trophies competition recorded the highest level of contribution ever, with 580 applications submitted by 2,500 employees from 62 countries. There were 47 entries from the UK, eight of which were shortlisted as UK finalists and four of which made the Grand Finale in Paris on 7th June.

Holly Stockbridge won the UK Innovation Trophies Employee’s Choice for bringing aqueous ozone to ENGIE cleaning services in the UK. The runner up was Martin Lomas and the Security team for introducing body worn cameras to security operations in healthcare. A trophy for ENGIE E&P was awarded to Eva Gerick for the Cygnus project.

A big thank you for everyone who helped to make the week a huge success.