135 events, 25 countries, 10,000 participants: for the 4th year in a row, ENGIE Innovation Week combined the Group's core strengths as well as its customers and partners on the subject of innovation.Stéphane Quéré, ENGIE’s Director of Innovation, looked back with us on this major innovation event. 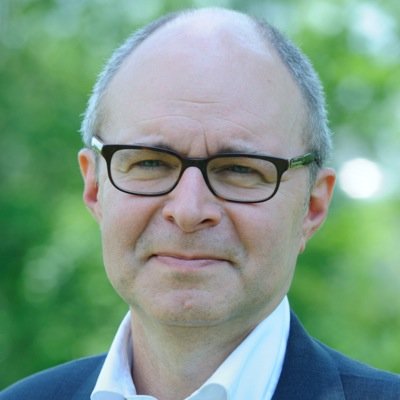 Innovation Week has existed for four years at ENGIE and in the space of a few years it has become one of the Group’s major rituals. For a whole week – actually, there were even two weeks of events this year – it has allowed us to celebrate all the energy that goes into the subject throughout the year and to bring employees together on the subject.

Depending on the entity, it serves as an opportunity to take a step towards meeting their ecosystem, to boost creativity among their teams, or to inaugurate innovative facilities.

For others, it’s an opportunity to highlight their major place within the local innovation ecosystem by bringing their stakeholders together at larger events.

And of course, all Innovation Week events are made for and with our stakeholders: our employees, startups, incubators, and customers, whether local authorities or other companies.

This year, Innovation Week involved 135 events in 25 countries, and – not counting Viva Technology – about 10,000 participants from around the world. These impressive numbers confirm the importance that Innovation Week has acquired in a short time.

This year, the overall theme of Innovation Week was that innovation is first and foremost a shared culture: "We are Imaginative Builders".

Beyond this global theme there were three topics related to ENGIE’s future activities:

First of all, one of the main events of Innovation Week every year is the Innovation Awards Ceremony.

The Innovation Trophies are given to recognize the innovations developed during the year across all the Group's activities and in every subject: business, technical, and operational performance, management, etc.

A trophy is even awarded for the "Best Failed Idea". Indeed, innovation can’t happen without trying, retrying, making mistakes and finally finding the best solution. Far from being a consolation prize, the Best Failed Idea rewards an interesting idea that, given the circumstances, was just unable to find its market.

Once again this year again more than 500 projects were submitted for consideration! In other words, 3000 people at ENGIE were involved in creating innovations day by day to improve our processes and commercial approaches in tangible ways.

The Trophies were presented with the entire COMEX and Isabelle Kocher in the audience during a very beautiful ceremony  on May 28th.

Among the other important highlights of Innovation Week, the Brazil BU hosted the 4th edition of its Innovation Day with its clients and stakeholders in the splendid Museu do Amanhã, the Museum of Tomorrow, in Rio. This year's theme and the call for projects launched in parallel, was social innovation.

Like every year, ENGIE’s teams in the United Kingdom were particularly active in two main events: an Innovation Day and a marketplace of ENGIE solutions for their customers. The Middle East was another very active region.

We also had some big firsts! For example an event in Abidjan and two calls for projects launched with universities in Mexico and Chile, which will allow students to develop POCs of their projects with ENGIE. And first time events in Austria and Slovakia, too...

In China, we worked with Tongji University in Shanghai to organize a conference and workshop on Artificial Intelligence that included ENGIE's customers and partners in China.

In France, among the many events linked to the 2018 edition, I should mention the Innovation Day hosted in Castres with Pierre Fabre Laboratories, which signifies our desire to develop innovation in partnership with other companies.

But there were many other events in the four corners of France that deserve to be mentioned, too!

What is your assessment of this week of the Innovation?

Rather than just go through positives and negatives, I’d prefer to highlight the fact that innovation at ENGIE is not only during Innovation Week! Innovation Week is the celebration of events that take place throughout the year. Innovation at ENGIE is all the time: there are 2 or 3 calls for projects launched each month by ENGIE Business Units, and ideas proposed by our employees are constantly being developed - sometimes leading to the creation of startups.

Taking place once a year, the Trophy Ceremony gives recognition to the innovations that are being created throughout the year. In the same way, Innovation Week gives tangible proof that innovation never stops at ENGIE!