On Tuesday 21st Februrary ENGIE UK, Launch.Ed and The University of Edinburgh held a hackathon with 20 students. The BIG QUESTION was "How will you improve the future through safer, smarter, sustainable materials?" 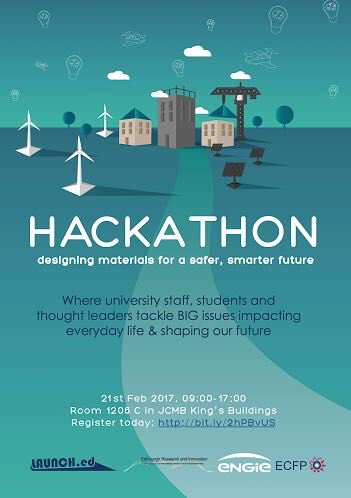 The hackathon was organized by the Edinburgh Complex Fluids Partnership, Edinburgh Research and Innovation and ENGIE UKBU. 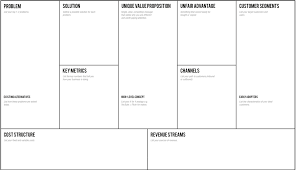 The event wasn't about right or wrong answers: it was about innovative and creative thinking. It was a time intensive process that required the students to follow strict instructions based on the LEAN canvas model, collaborate with their piers and also develop their own individual ideas. 20 students worked in teams of 4 team of 5, supported by mentors from ENGIE, University of Edinburgh and Launch.Ed.

The structure of the day allowed students the time to work individually and then within their teams. First each individual designed their own solution to the big question. They spent 30 minutes scoping their idea, researching its feasibility and estimating the commercial wrap. Next each team member pitched their individual idea to their team and mentor. The winning pitch from each team was then developed for three hours. First they scoped the idea using the LEAN canvas model and then using a prescribed slide deck the teams focused their research on:

Vellum - Focusing on waste and in particular paper waste the team designed a digital paper. No more paper to be used in meetings and hackathons! The writing would be sent directly to the cloud and the digital paper could be used time and time again.

Temp Spray - Turning the whole IoT approach on its head, this team focused on a low cost, instant heat-loss detector spray which would be applied to pipes to show exactly where heat loss is occuring. Do we need a sensor on everything? Why not apply a spray which will instantly detect the route cause of the problem, at minimal cost per application.

Sustainable Soft Drinks - Focusing on the global plastics problem the team developed an idea of a collapsible plastic bottle, with an insert for flavored sachets. It requires more water to make a plastic bottle than the water that fills the bottle. Most people want to re-use bottles, the problem is carrying about bulky bottles. This solution tried to fix this problem.

Photo Paint - This team focused on the global issue of air pollution created by airplanes. Their idea was to apply a 'solar' paint to planes that would have the ability to capture energy from the suns rays. This energy would then power the electrics in the plane, reducing the energy required from fuel.

The hackathon was designed to spur creative solutions to a generalized query. Using a feasibility scoring matrix each pitch was awarded points for each technical aspect that was addressed. This approach ensured that the scoring was based on the ability to answer the question; not just coming up with a great idea, with no evidence or numbers to back up their claims.

After much deliberation the winning team was chosen; Team Vellum! They won the pitch because they - answered the question, provided technical feasibility, discussed the financials and explained how the idea would be implemented. It was also a pretty cool idea! Well done Team Vellum. We look forward to seeing your 'paper' on the virtual shelves of all major distributors in the near future....

It was a great day and enjoyed by everyone. ENGIE was definitely inspired by the talent and motivation on show from the students. And we look forward to hopefully seeing some of the students on the ENGIE graduate program in the next couple of years.

If you're a University lecturer or Student and would be interested in ENGIE UK hosting a hackathon please get in touch at innovationuk@engie.com