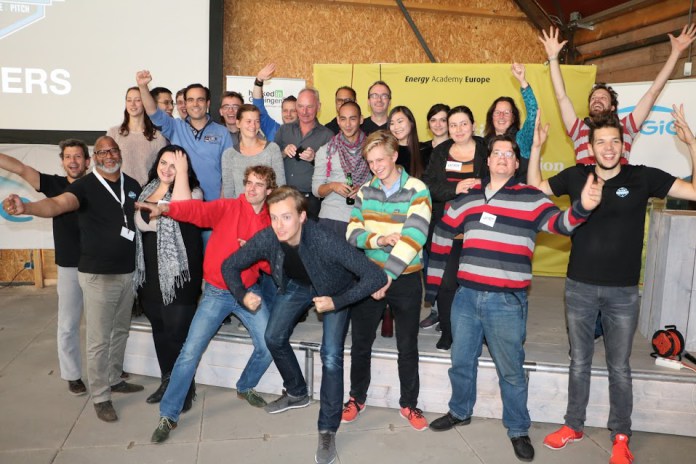 Hack 4 Energy, the first ENGIE Hackathon in the Netherlands

At the weekend 15-17 October, Hack 4 Energy welcomed 30 participants from around the world for this Hackathon at the Energy Barn in Groningen. They started working with new concepts and ideas surrounding the energy transition.Developers, IT professionals, engineers, students and others have struggled all weekend for the first prize of € 5000, - or a ticket for the ENGIE Start-up program Start-up Fast Track.

After 48 hours at a stretch working to have the winning idea, it came from a three-man team from Germany and America. They won with their concept EcoCoin the prize for "Best Overall Hack". An idea that consumers / businesses with surplus on power can sell it to parties that need power. A solution with decision based software Articificial Intelligence, combined with Blockhain. Curious about the vision of the winners? In this video they explain their idea

Also two teams from NexT (Young professionals network) ENGIE Netherlands have committed themselves during the hackathon. They have given a boost in the development of two propositions in 24 hours. Again, good results and some valuable input for the continuation of these developments resulted.

It was a good first edition with many new insights and ideas gained for the energy market of the future.

Why did ENGIE support this event?

What were the results

In the field of Energy combined with IoT and Blockchain this event brought a lot of ideas. And impressive to see was, that these ideas were also prototypes at the end of the weekend.

The partners of the hackathon

This event was organized together with The Hackitairians and some other business partners, like IBM, Energy Academy Europe and the Province of Groningen

As follow up of these ideas, ENGIE is currently in contact with some of the teams and wIll find out how these ideas can be co-developed with ENGIE.