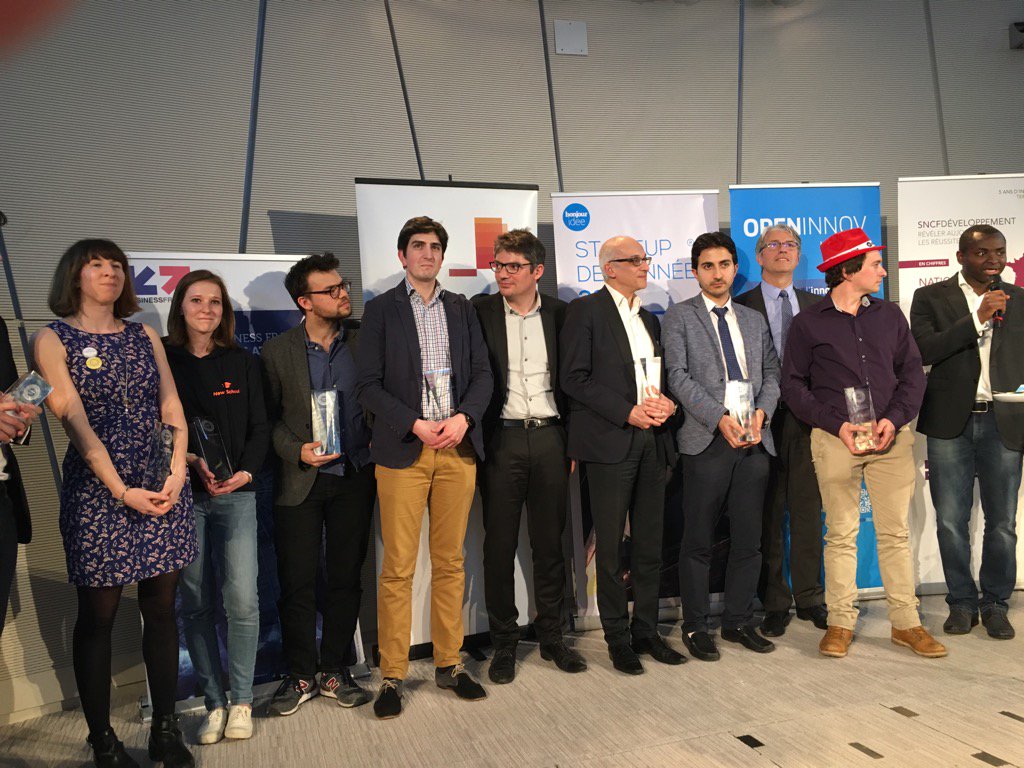 April 14th, 2016: the lobby of T1, ENGIE’s headquarters at La Défense, was transformed into an exhibition space for innovative startups! A good twenty of them were on site to present their innovative projects in wide range of fields.

Among them, a star being born: at 16 years old, Philippine Dolbeau is the youngest entrepreneur in France. She created "New School", an electronic roll-call app that can be installed on a teacher’s phone. Students each get an electronic chip that is automatically recognized by the phone. This lets roll be called instantaneously, unless the professor prefers to check on which students are present for the sake of tradition or to make the students feel more at ease.


Other exhibitors presented several projects in the field of e-health, including InnovSanté, which went on later that evening to win the people’s choice award for “startup of the year 2016”, which was held by Bonjour Idée magazine with sponsorship from ENGIE.

The event was emceed by Yann Lavoix, who showed all of his usual enthusiasm for everything innovative. He welcomed a number of young entrepreneurs to come on stage after their projects were selected by the public and by the selection committee.

And the figures speak for themselves! 1,600 applications were submitted by all kinds of innovators, 42,000 votes were cast by Internet users, the Bonjour Idée site got 1 million page views... The startup ecosystem is alive and well!

A special mention for the winner of OpenInnov by ENGIE’s award, Qarnot Computing, the creators of Q.Rad – the first “computer-radiator” for intelligent buildings. They were voted to the top by ENGIE employees!

We’ll give the final word to Stéphane Quéré, ENGIE’s Innovation Director: "ENGIE is transforming itself through innovation and working with startups. And to work with startups, you have to meet them."

Once again, Bonjour Idée managed to create a successful gathering of big corporations, institutions, the general public and startups.