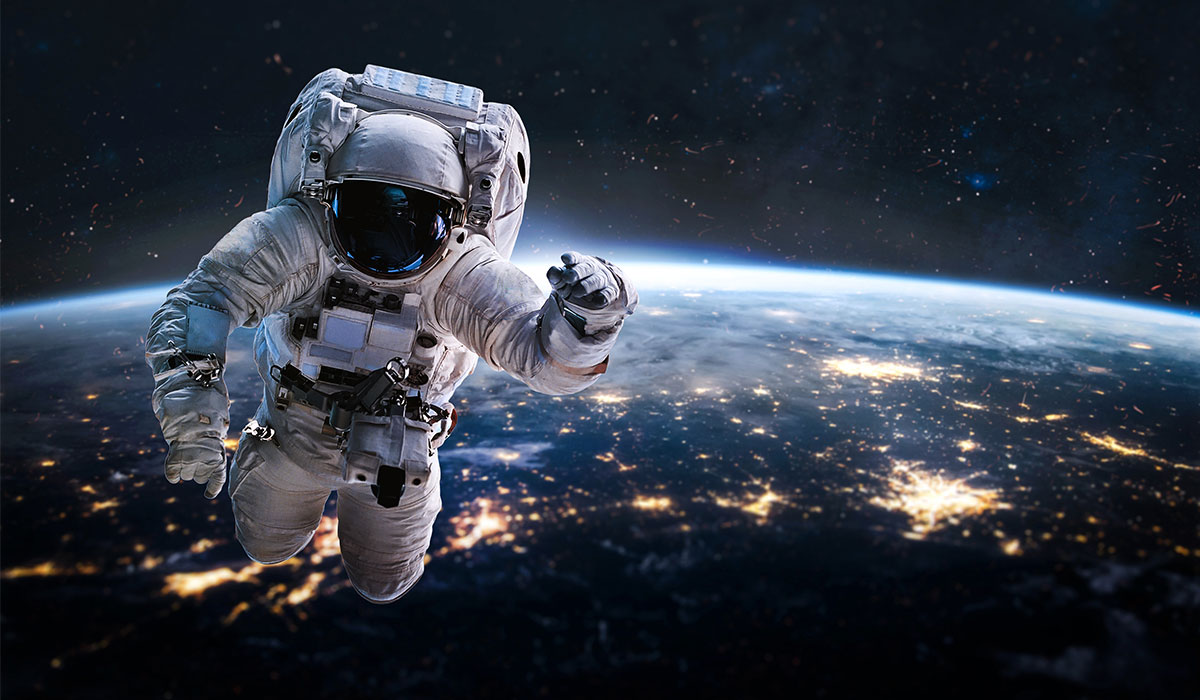 Why not consider the Earth as an isolated spacecraft to solve our energy production and consumption problems?  The lessons we can learn from the space manned flights of the ISS inspire researchers. Follow their reasoning and dreams.

Producing and consuming energy on a spacecraft is a source of numerous challenges that are actually similar to those we face on Earth. Solutions former can therefore be a source of inspiration to help solve the later.  (Read the first part of this article)

Humans and most animals breath in oxygen (O2) and breathe out carbon dioxide (CO2  ). On Earth, photosynthesis does the recycling job: plants transform CO2  and water into a source of energy (glucose) and oxygen (O2).

However, taking enough plants onboard a spacecraft to close the loop would require too much space and raw materials (water, soil, nutrients and power for lighting). So how can CO2  be recycled without a blade of grass in sight?

On the ISS, the carbon dioxide from the shuttle atmosphere is captured and then reacted with H2 to form methane (CH4) and water (H2O). Splitting this water (electrolysis) creates O2 and H2 (that is used in the initial reaction) and so we come full circle (see figure opposite). In this way, the crew can optimise its water and oxygen supplies, which are obviously limited onboard a spacecraft.

This process is highly similar to the ones being developed on Earth for the production of e-methane (or synthetic methane), a technique pioneered by ENGIE. CO2 is captured, for example from industrial smokestacks, and injected with H2 (produced by electrolysis using low carbon energy) in order to produce e-methane. The objective is to avoid depleting limited fossil CH4 resources, which add CO2  to the atmosphere upon combustion and contribute to global warming.

In this example on Earth, CH4 is the main product we are trying to obtain, whereas O2 is seen as a by-product that is mostly vented. While using a similar system, the reasoning behind what happens on the ISS is completely different! Nevertheless, a common goal of both processes is to increase overall efficiency, for example by using higher performance materials, such as metal-organic frameworks or MOFs (highly porous, polymer structures), for capturing CO2 and new catalysts for the production of e-methane. Another avenue of improvement is to better integrate the different steps, for example using the heat produced in the methanation reactor to cover the needs in heat required to capture CO2  and thereby improve the efficiency of the process.

Putting bacterie on the menu

In space, breathing is one thing, but eating is another! Astronauts on the ISS eat pre-packaged foods and new supplies are shipped every 90 days. Longer and more distant missions would therefore be a source of new problems as, for example, any food consumed on the return trip from Mars would have been produced 5 to 7 years earlier! To avoid food spoilage and carrying a heavy payload, the question of food generation in situ needs to be addressed.

There are several options. The first consists in using photosynthesis: electricity is converted into light by LEDs and the light is used to grow algae, which are a nutrient-rich food source. Another possibility involves hydrogen oxidizing bacteria (HOB) such as Cupriavidus necator (the hydrogen becomes an electron donor). These types of microorganisms are originally found in the soil or in hot springs on the ocean floor are able to transform H2, and CO2  into a biomass that is rich in proteins and nutrients. Onboard the spacecraft, the H2 would be produced by water electrolysis and the CO2 captured from shuttle’s atmosphere.

In both cases, electricity is transformed into chemical energy in a biological process which makes comparison easy. In terms of energy conversion efficiency, hydrogen oxidizing bacteria are approximately 18 % efficient, whereas photosynthesis efficiency lags far behind at just 4%. In the same way, the volumetric productivity (in kilograms per cubic metre per day) is 15 times higher for bacteria, even while the relative volume and mass needed are respectively 29 and 8 times smaller. It clearly appears that such systems could enlarge the horizons of space exploration by making it possible to travel longer distances.

How does that matter down on Earth?

The answer is that these techniques could help reduce the carbon footprint of our food, which is responsible of 26 % of global green- house gas emissions, 50 % of land use, 70 % of freshwater withdrawal and 78 % of eutro- phication (an accumulation of nutrients in aquatic environments leading to excessive plant and algal growth). There are many avenues to explore and many ways of improving on this situation that are easy to implement, as the food system is a highly dissipative process that starts with the very low energy efficiency of photosynthesis: 1-2 % for the main crops. Add to that the different phases and transformations (harvesting, food process- ing, livestock feed, animal slaughtering and processing, food waste, etc.) and you have a hint of the system’s inefficiency, not forgetting the waste produced at different stages throughout the chain.

Using HOBs to produce food for humans or feed for animals would be a beneficial alternative in many aspects: it would require less land and water, emit less greenhouse gases and generate less waste - and all that without pesticide or antibiotics - an all-round victory! In Interstellar, the hero and a team of astronauts set off to explore a galaxy hoping to find a habitable planet like the Earth, where life has become impossible notably because of climate change. They probably had the solutions to avoid such a situation on board their ship.

Read the first part of this article 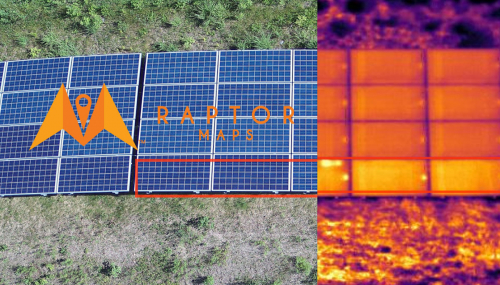 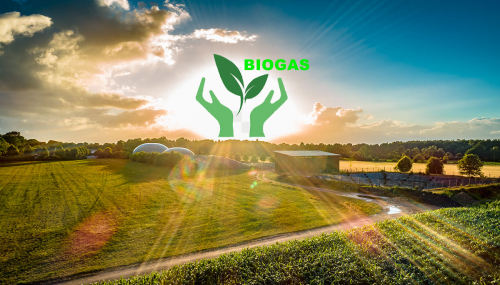 Could Biogas be a solution to the energy crisis?

Let's have a look at some innovative projects currently being implemented in the field of green gases that... 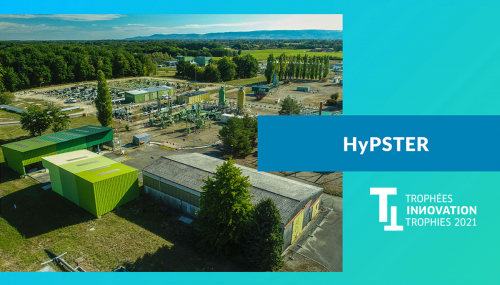 Beyond the Innovation Trophies :  HyPSTER,  the pilot for the underground storage of green hydrogen paves...