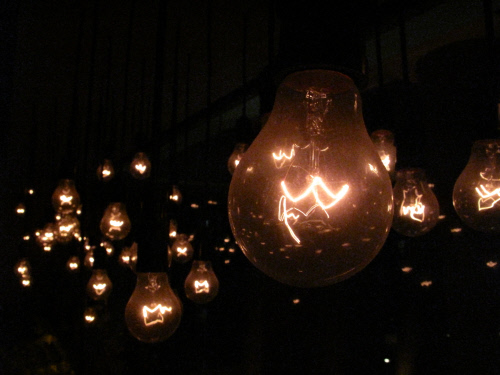 How NextFlex helped to ensure electrical equilibrium in Belgium this winter

Blackout: we’ve heard a lot about this word this winter, what with the delayed relaunch of certain Belgian nuclear power stations and more recently with problems in Venezuela.An ENGIE entity called NextFlex played a central role this winter in limiting the risk of blackouts in Belgium. How? We got an explanation from Gilles Moreau (Business Developper & Local Operations Manager for Belgium).

Why was there a risk of blackouts in Belgium this winter?

Let's start with a few reminders:

An electricity grid needs to maintain a permanent balance between supply and demand, meaning between energy produced and the energy consumed. If this balance is not respected the network can no longer distribute electricity and results in blackouts.

In Belgium the forecasts by Elia (Belgium's electricity transmission network) were reassuring, so strategic reserve requirements were reduced at the end of the summer. A few weeks later the nuclear control agency requested additional tests on several Belgian nuclear power plants and delayed restarting them, which was initially planned to happen in the winter. These inspections resulted in a reduction in electricity production capacity, since only one of seven nuclear power plants was available that winter.

To cope with this difficult situation, ENGIE set up a cross-functional working group in which NextFlex played a key role in securing more than 200MW of flexibility through demand response.

What is the demand response?

What we refer to as demand management, demand response, and/or electrical erasure consists of short-term requests for certain industrial or tertiary sites to strongly reduce or even stop their electricity consumption (in return for compensation). This is called erasure.

For several years, ENGIE has been active in setting a value on this flexibility, with service offerings made by several entities. Created five years ago through the internal incubation process set up by the Innovation Department, NextFlex ultimately ended up aggregating all of the Group's demand management skills. NextFlex has made demand response more efficient. This dynamism and startup spirit, which are legacies of the incubation process, allowed the NextFlex team to react very quickly this winter.

What measures did ENGIE take?

October was an extremely tense month, both politically and technically! The measures announced by the Group in November were:

Of these 540 MW, NextFlex played a critical role with respect the 200 MW that was made available to our customers through a new mechanism set up for six weeks between October and early November.

During these six weeks, NextFlex  found additional deposits to erase that had not been exploited before because they did not fit in the format of existing products, being non-standard, too slow and often too expensive. We decided to focus on these deposits exploit to meet an urgent need to do everything possible to avoid a physical imbalance of the network.

Electrabel allocated resources for exceptional payments (from November to March), which made it possible to find these additional resources: customers with flexibility but whose availability didn’t fit the format requested by Elia. These customers need more time than the fifteen minutes provided for in a conventional contract to shut their factory down. Therefore they are non-traditional and usually non-valued erasure formats.

Nextflex re-contacted these customers with an activation price threshold above which they were willing to stop using (or start a backup generator, for example) for a limited time of two or four hours. In the event of major tension on the network and the markets, at the end of the day we would warn these customers not to consume the next day for a given period in accordance with our agreement and for the agreed amounts.

Why did the manufacturers play the game? Was it just the lure of making gains?

Some new customers participated both out of civic service, to avoid the blackout, but also because we gave them information about the risks of a blackout and ways to organize themselves accordingly.

There is a real sense of the common good among our partners in these contracts. This effort is exceptional because no industrial company has ever become rich by stopping production. The level at which they agreed to be stopped (for example €1000 or €2000/MWh instead of a usual day-ahead market price of €40 to 50) allowed them to tangibly assess the risks of blackout, realizing that being paid this amount really corresponded to being on the edge of the abyss.

Outside these "exceptional" moments, have you been able to convert new customers?

The economic benefits are significant for the recognition and growth of the NextFlex business, as well as for acculturating our stakeholders. Some clients may have realized that they needed less time to cut demand, or that they were ultimately more flexible than they thought. Some accepted, driven by the crisis and by the exceptionally high payment thresholds we offered them; now that the crisis has passed, they are more open to the reasonable payments we offer them on a more regular basis.

We were also able to convince clients who, by making flexibility available, realized that they could be regular players and start getting involved in more profitable reserve markets for themselves and for us. We manageed to make them return to the conventional contractual framework.

But this "new" product is not economically viable?

No, it is only worthwhile as an exceptional reserve in a crisis situation.

We were really on the verge of an imbalance. We were lucky enough to have a mild winter. If we had had a very cold winter, the balance would have been much more difficult to handle. We only had to activate our customers twice, and we were able to activate only those with "reasonable" activation costs. Activating energy reserves at prices 200 or 400 times above the usual market prices would also have meant that all of our customers exposed to indexed market prices would have suffered from a much higher average price.

Setting up a new offer of this kind in such a short time is a real achievement!

Yes, it's really the NextFlex dynamic: the agility inherited from incubation and our "startup" structure that allowed us to find solutions and "roll up our sleeves" in a very professional way. We worked very fast to develop the IT solution needed to exploit this new segment while scoping out potential customers. Joining GEM (Global Energy Management, an ENGIE BU) gave us the financial means and the network necessary for large scale implementation.

What has allowed NextFlex to be this responsive is that we cover the entire operational chain: from market access to contracting, and not forgetting the technical aspects such as optimization algorithms and the activation boxes. We control the whole chain – from cabling to the cases placed on the customer's motors to orders placed automatically on the markets.

NextFlex’s strength is that our team brings together all these skills in a small team of a dozen people, half of them in Belgium.