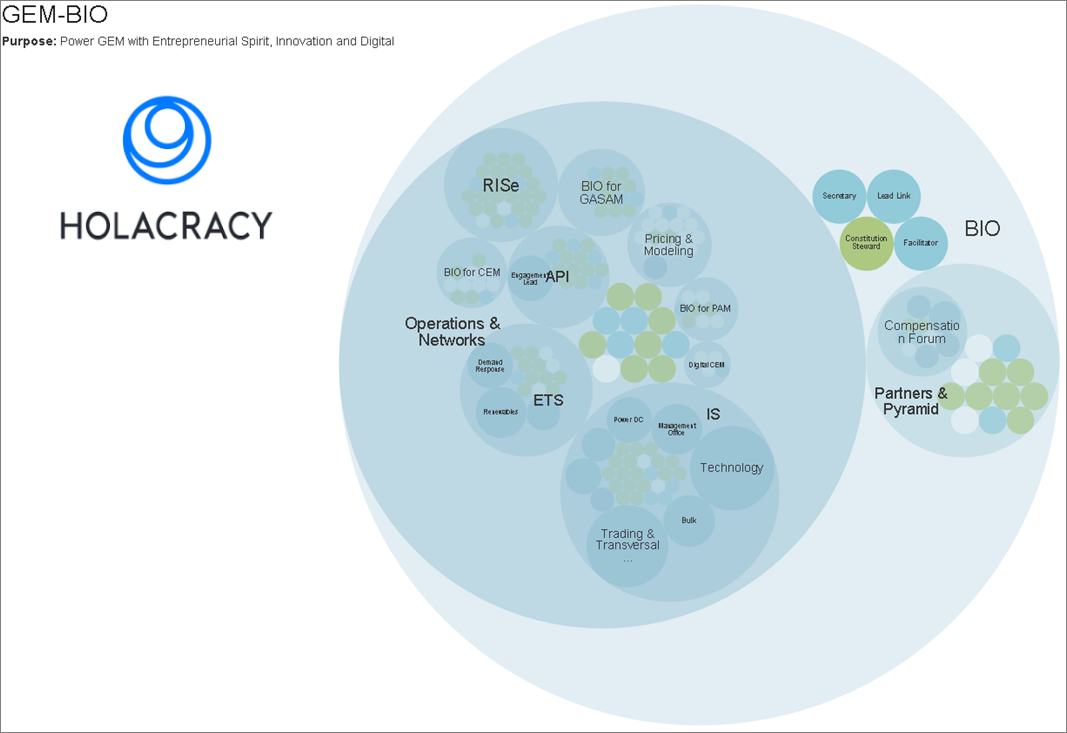 A taste of Holacracy

ENGIE GEM fosters entrepreneurial spirit & innovation. We have been deploying Holacracy within GEM and BIO division for a year.

- Innovation 1: In Holacracy, people have multiple roles, often on different teams, and those role descriptions are constantly updated by the team actually doing the work : roles are precise, up to date and relevant to day-to-day work.

- Innovation 2: In Holacracy, authority is truly distributed and

decisions are made locally by the individual closest to the front line. Teams are self-organized: they’re given a purpose, but they decide internally how to best reach it.

- Innovation 3: In Holacracy, the structure of the organization is updated every month in every circle. This evolution happens in frequent incremental steps rather than rare massive changes, and it happens in every team at all levels.

- Innovation 4: In Holacracy, authority is distributed to an explicit process defined in detail in a written document. Everyone is bound by those same rules. With the fundamental rules made accessible to everyone, anyone in the organization can quickly figure out who owns what, the decisions he or she can make, and who to hold accountable for which functions.

Other trophies of the same theme