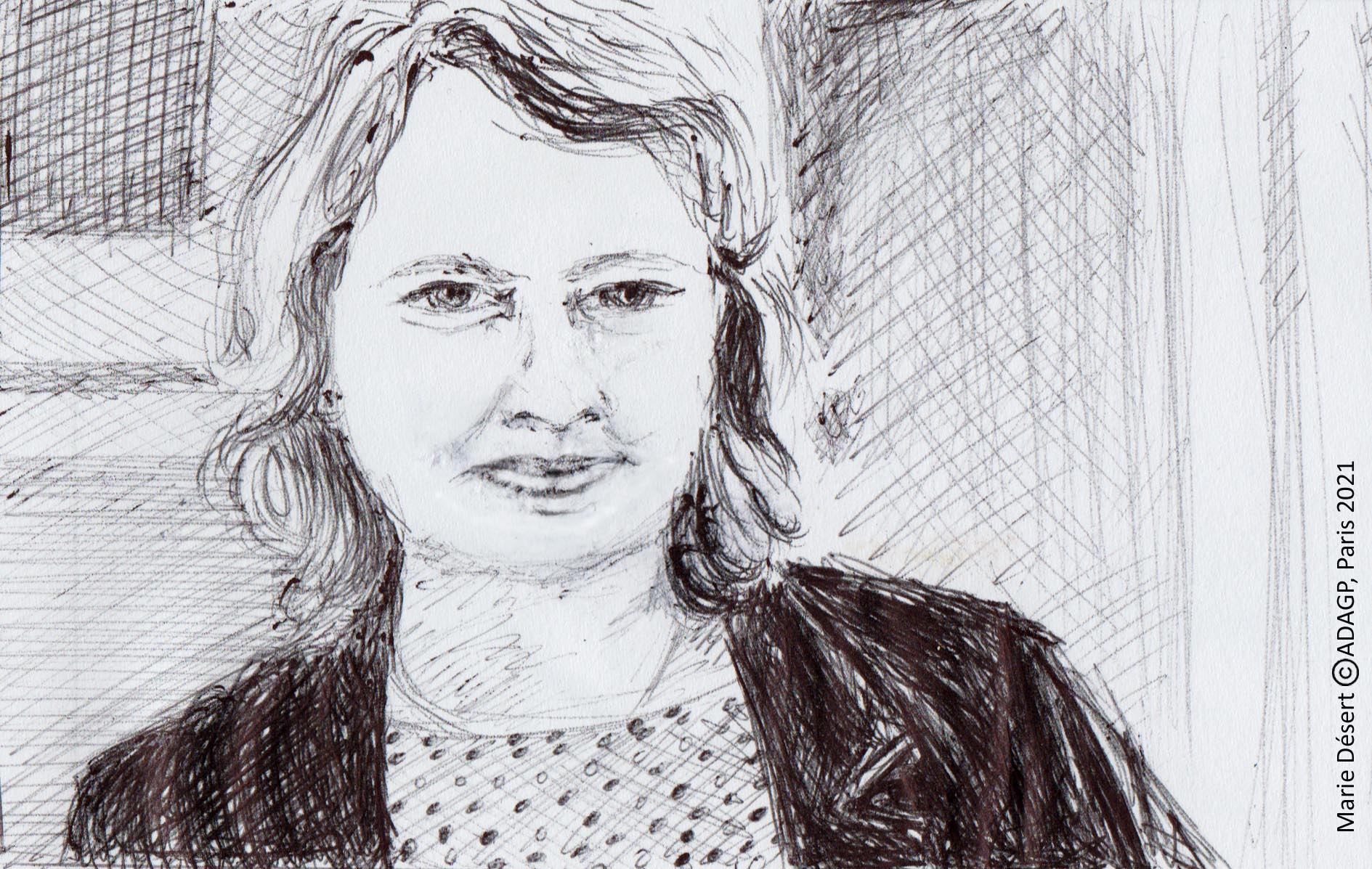 A team is most productive when it is diverse.

Adeline Duterque is Director of ENGIE Lab CRIGEN. Even without a background in science, she is the first woman to head a Research Center at ENGIE.

When you do research, you have the impression that you are in the driver's seat. 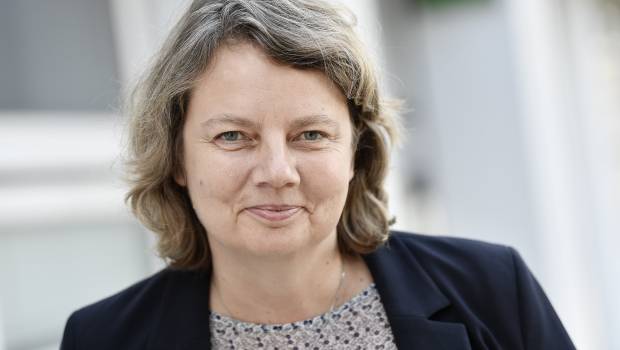 We absolutely need the GAYA technology to achieve ENGIE’s goal of 100% green gas.

Could you tell us a few words about your background?

Adeline D. From the Gaz de France Group to ENGIE, I've spent my entire career in the energy sector - management, strategy, sales, and the last two years, the field of research.

Why did you choose the energy sector?

Adeline D. There wasn’t any specific reason I picked this field, but there is a reason I stayed! Right now is an exciting time for the world of energy. The breakthroughs we have made over the last 10 years are considerable and meaningful for me as well as for the teams.
Our jobs are exciting. For 30 years, energy forecasts were linear, and diversifying the sources of energy evolved at a desperately slow pace. And then, all of a sudden, IEA forecasts were drastically revised. When you do strategic planning, and even more so when you do research, you have the impression that you are in the driver's seat - that you are an actor of change.

Did you go into research because you wanted to be in control?

Adeline D. Yes, and I think it's the first time I've accomplished so much. Even if, on paper, I don't have all the characteristics of a Research Director, it's something I really wanted to do. I am the first female Research Director of Engineering and I believe I’m also the first non-engineer. The people who hired me like to take risks! From this perspective, I could see that the breakthroughs in energy were technological, and that for ENGIE to be a leader in the transition to green energy, research is key.
It's a real pleasure to manage this entity. I learn something new every day working with exciting and passionate people, most of whom are driven by the desire to be a part of the energy transition. In my team, people even have the impression that it’s not going fast enough!

In your opinion, in this rather masculine environment, is it an asset or a handicap to be a woman?

Adeline D. Even though I’m the first woman to lead a research center, it didn't stay that way for long. Today, two of the three of ENGIE Group's largest research centers are headed by women. Despite this, the world of research is still not very feminine. The percentage of women researchers in Europe is low, less than 30%. At CRIGEN, we have 37% and set the objective to continue this progress by recruiting 40% women, but we are still not managing to get there. We would like to be 50/50 but often the only candidates are men and that’s really a problem.
Is being a woman an asset or a handicap in this sector? Neither, in my opinion. The world needs both.

Adeline D. It depends on whether we see the glass half-empty or half-full. For me, the energy transition is inevitable. Apart from a few cyclical jolts, the vast majority of the world's population sees it as a necessity, especially younger generations.
However, I don't think we’ll reach the goal of limiting global warming to 1.5° C. We have fallen too far behind, even though technical solutions exist. In research, we have an indicator called TRL (technology readiness level). Even if certain technologies essential to the energy transition are still at low TRL levels, they have all been identified and we know what we need to develop them. It's not a matter of research, but of development, and therefore also economics. When the price of energy is low, it’s not profitable to make investments towards clean energy.
Concerning the world of tomorrow, the Covid pandemic has amplified trends at work, those which the ENGIE Lab CRIGEN teams have been focused on for several years, such as the development of local sources of energy for decentralization and for the circular economy; and remote operations like artificial intelligence, drones, digitalization, sensors, connectivity, robots, which will see an accelerated development in tomorrow's world.

In your opinion, do women have a specific role to play in the race towards carbon neutrality?

Is there any specific project you would like to tell us about?

Adeline D. There are several, but the GAYA project is a particularly hot topic right now. Launched ten years ago by our visionary predecessors, the platform aims to develop ENGIE technology to pyrogasify biomass and waste and to produce renewable gas. At the time, we thought that natural gas would be around forever, but today we know that this isn’t true, so we absolutely need this technology to achieve ENGIE’s goal of 100% green gas.
We've taken two major steps: in late 2019, we produced our first green gas from biomass and, in late 2020, we produced our first green gas from waste, which was the world’s first.
Now that we have shown that it works, we need to make it our own with our research and semi-industrial infrastructure near Lyon. All ENGIE entities working on pyrogasification or methanation projects must adopt this technology so that we can move into the industrial phase. It's an exciting step for the energy transition. All that's left now is to go for it.

Do you have a message for women?

Adeline D . Don't hesitate to come in and do research! You’ll find great people and teams that are passionate about what they do. These jobs are exciting and open to a variety of profiles. 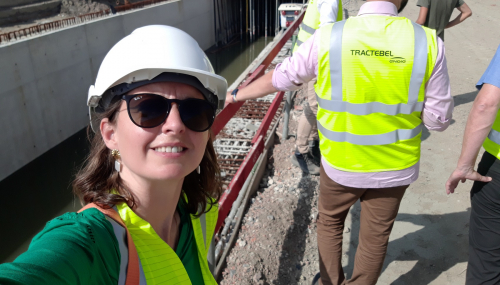 It's all about balance 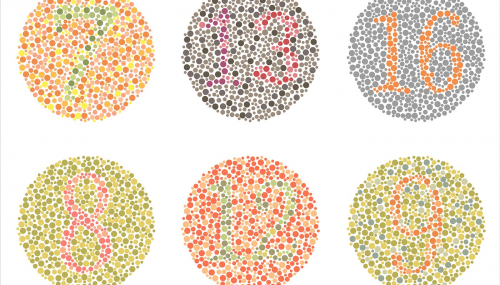 A passion for digital accessibility 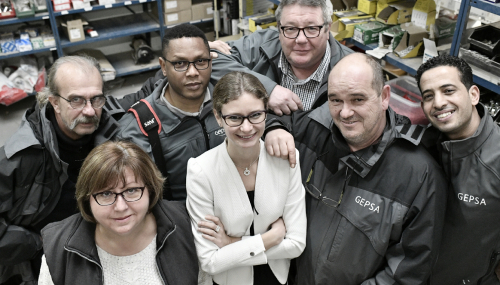 Thousands of causes to support