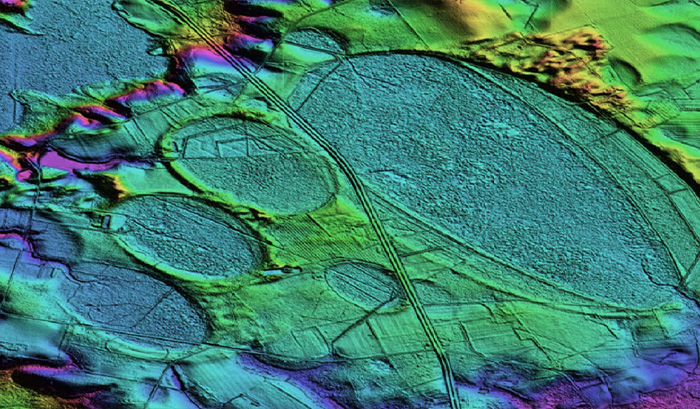 Is natural hydrogen of the "fairy circles” the new eldorado?

Hydrogen is naturally produced underground and although its true potential remains to be seen, it could well be a game changer and make a notable contribution to the energy transition.

In  some  countries,  strange  circular  areas can be seen where, compared to their surroundings, vegetation is much less dense or even non-existent. Even today  no  one  has  come  up  with  a  convincing explanation for their origin and so these so-called “fairy circles” are often associated   with   stories   and   legends.   Surprisingly, a lot of these circles are also the site  of  hydrogen  gas  emissions,  which  means  that this gas that we manufacture using various processes  as  part  of  the  energy  transition  is  actually naturally present below ground.

A “fairy circle” in Brazil from which natural hydrogen leaks.

For a long time, the existence of these sources of hydrogen was purely anecdotal, however it is gradually coming into the limelight with the deve-lopment of new projects that are trying to unders-tand how natural hydrogen is formed. And what if  this  natural  resource  was  much  more  wides-pread than we had imagined and above all exploi-table?  After  all,  this  is  only  the  start,  and  our  investigations are at the same point today as they were 160 years ago for oil and gas. Once they had got over the surprise of seeing hydrogen  leaking  out  of  the  ground,  geologists  began to take a closer look, in particular along the Mid-Ocean Ridge where the oceanic crust is for-med. The first assessment of the quantity emitted is stupefying: several tens of millions of tonnes of hydrogen per year! The observation is the same on land: measurements (often taken in the vici-nity  of  fairy  circles)  confirm  that  hydrogen  is  released in considerable quantities. To find out more and quantify these emis-sions, ENGIE has developed a permanent moni-toring  system,  PARHyS  (Permanent  Analyses  of Renewable Hydrogen with Sensors). Around 100 of these detectors were recently deployed for a several month period in the São Francisco basin  in  Brazil  (see  box  below).  They  revealed  flows in the range of 1,000 m3 per day, in other words around 10 tonnes per year.

THE KEY ROLE OF WATER