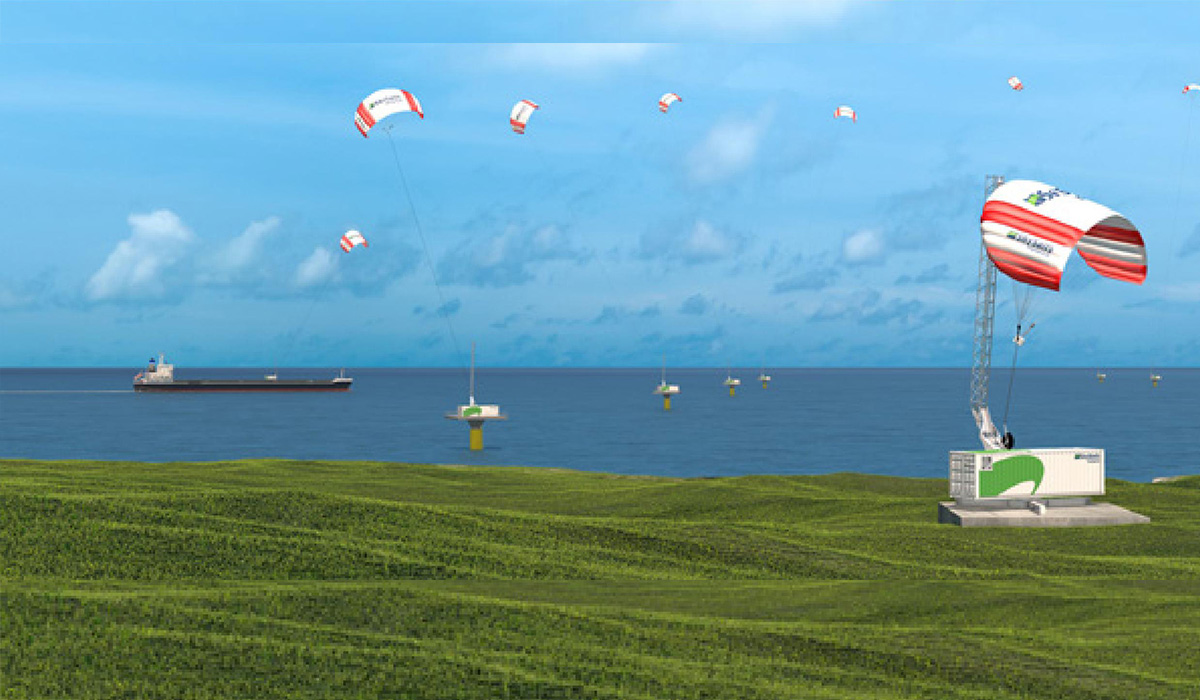 How can we harness the considerable energy of high-altitude winds?  Thanks to airborne wind turbines tethered to a cable. (Airborne Wind Energy - AWE)

In 1833, the utopian inventor John Adolphus Etzler dreamt of how technology would free the world from labour and poverty, notably by harnessing the energy of high-altitude winds. In the 19th century, his ideas seemed more fiction than science, however this solution is under consideration today because it may well provide a way of getting round the problems facing traditional horizontal axis wind turbines (HAWT).

The idea is to put a wind turbine in the air

In airborne wind energy (AWE), a flying device such as a kite anchored to the earth by a cable operates at high altitude, where the winds are stronger and steadier. ENGIE understands the strategic importance of AWE: not only do these next generation wind turbines hold the promise of an extremely low environmental impact, they also offer a substantial reduction in the levelized cost of energy (LCOE) i.e., the cost of producing electricity com-pared to other energy sources.

But what exactly makes them so different? First of all, without the enormous masts and rotors of traditional wind turbines or their heavy foundations, AWE system need up to 95 % less mate-rials, whilst guaranteeing a similar energy yield. As a result, capital costs are much lower - as is the carbon footprint - and  these systems are easier to install in regions lacking the necessary infrastructure. In addition, their streamlined structures mean less visual impact, whilst enabling them to be deployed in distant and difficult to access locations both onshore and in the open sea.

Another advantage is improved energy yield. At altitude, wind speeds are higher and conditions are more persistent, which helps to compensate for the intermittent nature of renewable energy and contributes to lowering the cost of electricity. In addition, the hoped-for load factor (the ratio between actual electricity production and the amount that would have been produced had the wind turbine been working at full nominal capacity for the entire period) is between 50 and 80 %, compared to 40 to 55 % for an offshore wind turbine and 20 to 40 % for an onshore wind turbine. Finally, studies being carried out on the winds around the world (see below) suggest that AWE would make new, large-scale energy resources accessible.

Several very different designs are under review, all of which are still at an early stage in their development. So far, none stand out from the crowd. Their characteristics are determined by market requirements, notably transportability and simplicity, the strength of winds they are designed to harvest and their output capacity (from several tens of kilowatts up to several megawatts). Designers are currently concentrating on the first real pilot projects that aim to demonstrate the reliability, performance and autonomy of their chosen solutions and their ability to be scaled up. To date, the nameplate capacity of prototypes that have already proved their worth is between 2 and 600 kW and increases of up to 3 MW are anticipated.

Although there is a wide array of different concepts, we can distinguish between two types of energy production: on-board generation (fly-gen) and ground generation (ground-gen).

We can easily imagine whole groups of kites arranged in an AWE farm or a carousel configuration. The main disadvantage of this second option is the intermittent nature of energy production: energy is produced as the kite’s lift causes the tether to reel out, after which it has to be retracted so that the process can start over again. These pumping or yoyo-like cycles last between 30 seconds and six minutes depending on wind conditions.

There are a wide variety of airborne wind turbines. Electricity can be generated onboard a flying device equipped with a generator (left), or on the ground using a generator driven by the cable that tethers the flying device (right).﻿

Most of these concepts have proven that they are pertinent, however numerous hurdles remain to be overcome if airborne wind energy is to become a reality: long term reliability (at least 20 years), fully automated launching and landing, onboard power supply, overall efficiency (wing optimization, energy conversion and storage etc.) and whether the device can be scaled up. As part of its desire to encourage the development of AWE technologies, ENGIE has assessed numerous projects, notably those of EnerKite, TwingTec and SkySails.

On land or at sea (Offshore) ?

So, where is the best place to deploy these airborne wind turbines, offshore or onshore? Installation on land is easier from a technical point of view, but it could be hindered if the necessary authorizations cannot be obtained. A promising alternative (considering its great potential for wind power) would therefore be the development of offshore installations on floating structures. As ENGIE sees it, such solutions are particularly well suited to developing deep water, offshore wind power in locations far from large port infrastructures (where both fixed and floating HAWT systems are difficult to install and operate competitively).

In this respect, there are three decisive arguments in favor of installing AWE systems offshore: they can be operated from lightweight, floating plat-forms, sea winds are stronger and there is certainly no lack of space. Intermediary locations are also possible, for example to provide an auxiliary energy source onboard a cargo ship.

If there do not seem to be any unsurmountable technical problems, it is because the main obstacles to rolling out and operating AWE systems on a large scale lie elsewhere. In fact, as airborne wind turbines are flying devices, problems of license, aviation regulations and social acceptance could constitute important limiting factors.

AWE is nevertheless a breakthrough techno-logy that is totally in phase with the needs of the energy transition. It seems very promising, even if it’s in the long term. One thing’s for sure, it will be in operation well before the world imagined by John Adolphus Etzler comes to pass and work becomes a thing of the past.

By Olivier  VAN OOST - ENGIE LABORELEC  and  Rob VERSTEIRT - ENGIE Research for the Special Issue of Pour la Science magazine  :    "Energy up above, down below" 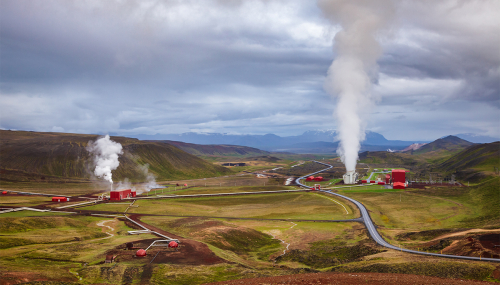 Geothermal energy, a source of heat, cold and...

Geothermal energy is an persistent local resource, a mature, low-carbon technology that can not only produce... 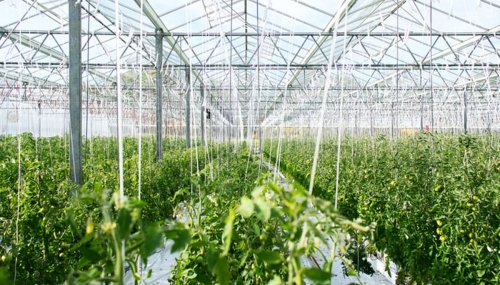 Transparent solar panels for greenhouses are emerging as a new way of increasing crop yields while generating... 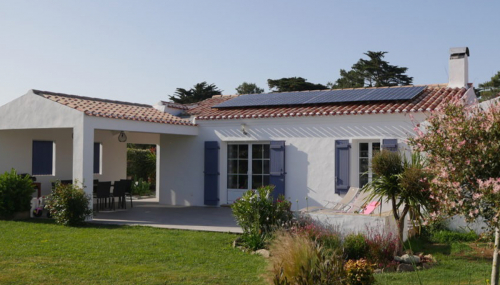 LECs: the many visions of autonomous energy systems