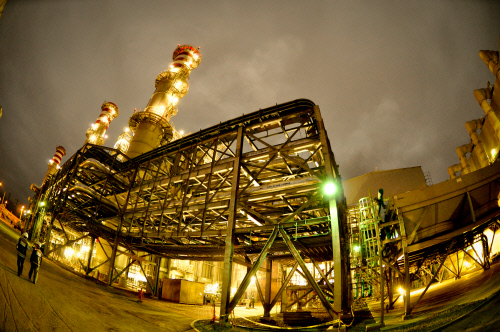 Toward a net zero carbon industry

If you live in a city you can’t help noticing that certain materials such as steel, cement and glass dominate the urban landscape. These ubiquitous materials are produced by so-called energy-intensive industries (EIIs), which are responsible for a high-level of greenhouse gas emissions because their activity revolves around numerous energy-intensive processes. Demand can exceed 200 megawatts for a single installation, in other words the equivalent of one hundred football fields equipped with solar panels! In total, the steel, cement and chemical industries alone account for 5.4 gigatons of CO2, or more than 15% of global anthropogenic emissions. In this context, how can carbon neutrality be achieved by 2050?

Energy-intensive industries were amongst the first at working on improvements of the energy efficiency of their processes. While good progresses are made, indeed, several technological breakthroughs are needed now.

The cement and concrete industry is one of the largest emitters of CO2 accounting for almost 5% of global emissions. Driven by population growth and urbanisation, demand for cement has rocketed over the last ten years and this trend seems set to continue. Implementing a carbon-free solution for this industry is however complex.

Even if 30 to 40% of its CO2 emissions result from the combustion of fossil fuels (which can be replaced by carbon free alternatives), 60 to 70% of missions are produced by the calcination of limestone (CaCO3), meaning it is necessary to find a breakthrough technology to replace this process. Other avenues of research do exist indeed such as developing alternative cements and materials, as well as carbon capture and storage. For the latter, we can considerably reduce the energy costs associated with capture by separating the combustion and calcination processes that are usually combined in the lime kiln. Such an approach has been developed as part of LEILAC, a collaborative project led by Heidelberg Cement and Calix. The second stage of the project, LEILAC2, has already been announced and, from 2020 to 2025, ENGIE will be part of the project team looking at the electrification of this innovative process, as well studying how to reuse the flow of CO2.

A Race Against The Clock

We are now at a tipping point. If we want to achieve carbon neutrality by 2050 and win the race against the clock, we need to implement solutions that go far beyond the best today’s technology has to offer. Considering all that needs to be done to make the necessary changes time is definitely running out. Just one example: plant lifetimes in the cement and steel sectors often exceed 40 years and so research and development has a major role to play in several key areas.

One such area is material efficiency. This involves rethinking materials to improve their energy performance, for example by finding a breakthrough in lightweight steel to make lighter vehicles with a lower fuel consumption.

Another direction is intensification, which strives to use the “minimum required energy” (MER) for transforming a given material (heating, melting, evaporation). ENGIE is working alongside industry to further this approach, for example in the field of high-performance burners, which is a mature technology capable of an efficiency of more than 90% thanks to a better relation between the combustion system and the combustion chamber. Electrifying industry is another interesting avenue to explore. The major industrialised countries are currently transforming their power systems in order to achieve carbon neutrality: as a result, infrastructures are becoming more complex with the diversification and decentralisation of energy sources. The first advantage of switching to electricity is that green energy (solar, wind and marine power etc) can be used directly. In addition, EIIs have an obvious role to play in balancing the distribution network.

Electrification does not have to be direct however, depending on the material it allows for a wide variety of different applications, such as radiant heating using the joule effect, infrared and induction. ENGIE is taking part in the European research project DESTINY, whose objective is to develop a new microwave energybased solution for firing granular feedstock for use in the ceramics, cement and steel sectors.

Indirect electrification refers to solutions in which electricity is transformed into an intermediate vector for an end use such as high temperature heating (eg Power to Hydrogen). As part of France’s National Hydrogen Action Plan, ENGIE has taken part in feasibility tests in industry. Other initiatives, such as the European Hybrit project, aim to use hydrogen instead of coke in steel mills.

Biomass fuels also have a role to play in the energy transition, in fact some steel blast furnaces are already powered by eucalyptus charcoal instead of coke. Although this principle is hard to replicate in every context, it remains an active field of research and in this respect the BioVive project led by ENGIE is emblematic: if it is easy to recycle (50% of glass packaging is made from recycled glass), the high temperatures required to manufacture glass require a lot of energy. So how can we reduce the glass industry’s large carbon footprint?  Three possible solutions exist, the first of which is to convert the production process to use electricity and notably renewable electricity. The second requires converting the furnaces (in particular the glass melting furnaces), so that they can use renewable fuels as an energy source. The third involves rethinking and intensifying production processes in terms of energy. Together with a consortium of companies that includes Xilowatt and glassmaker Verallia, ENGIE has decided to explore the second solution.

BioVive is a joint project that aims to design a hollow glass melting furnace capable of burning syngas (CO, H2, CH4, etc.) produced by biomass gasification. A pilot scheme has demonstrated the feasibility of this carbon-freesolution.

ENGIE is also continuing to work along these lines with the implementation of a decentralized biomethane production process (the Gaya project), which uses vineyard prunings to produce a renewable natural gas made from lignocellulosic biomass.

Other solutions based on locally produced green hydrogen are being studied. Industrial symbiosis can also be a means to achieving carbon neutrality. It consists in converting the waste or by-products (material or energy) of one industry or process into the resources needed by another. This concept seems to be difficult to roll out on a large scale, although there have been some resounding successes. Thanks to its part in the Be-Circle project, ENGIE is contributing to the research effort to remove barriers and unlock the potential of the circular economy within a given geographic area.

Finally, EIIs are particularly well suited to carbon capture solutions because their source of carbon emissions is centralised at a single location. More research is being carried out and an increasing number of pilot experiments are taking shape. The goal is twofold: to determine the most efficient carbon capture processes and to identify ways of reusing the CO2 to avoid it being released into the atmosphere.

Although this overview is far from exhaustive, it shows the wide variety of current approaches. It also illustrates the current and actual ambition to go beyond energy efficiency and move resolutely toward carbon neutrality. The challenges are still immense, but there are many promising avenues to explore. So that, one day, we will have a different perspective on the materials around us. 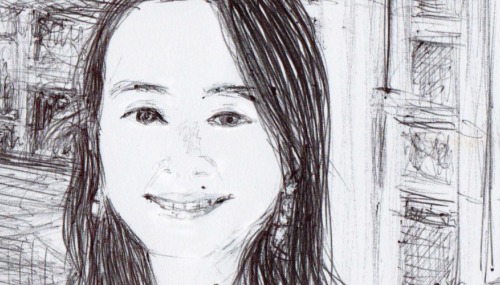 On the occasion of The International Women's  Day on March 8, we are publishing a series of portraits... 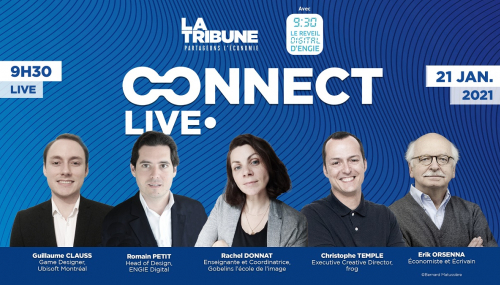 The next ENGIE morning digital meeting will be dedicated to digital design, on January 21st, from 9:30 to...