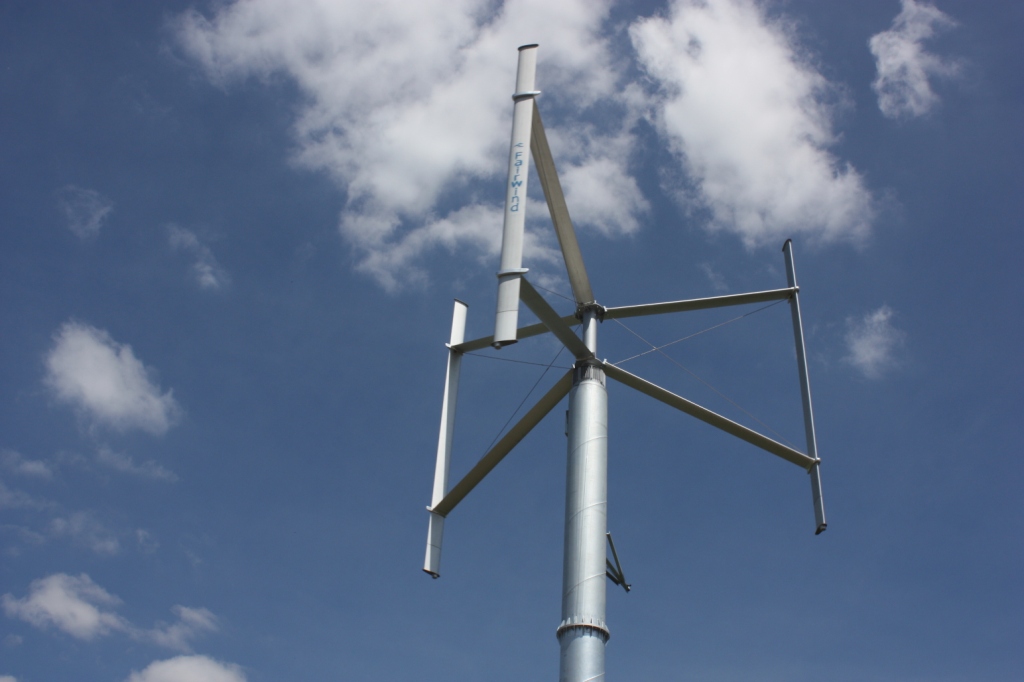 After the CES, Fairwind presents its vertical axis wind turbine at Viva Technology

Last January at CES Fairwind created a stir at the ENGIE booth with its vertical axis wind turbine. A few months later, and in the leadup to Viva Technology (where ENGIE has invited them to showcase their solutions at our Lab), we took a moment to talk with with Philippe Montironi, the founder of Fairwind, about the changes and developments that have occurred since the CES.

What’s new with Fairwind since the CES?

First, the CES helped confirm Electrabel and ENGIE’s decision to work with us. We signed a partnership with ENGIE in June 2017 and the interest we aroused at CES confirmed that we are on the right track with our wind turbine and that there is room for it on the international market. So, the CES helped to strengthen the relationship of trust between us.

Following the CES, we had a lot of requests at the international level. We have reached people around the world, with requests from the United States, from Mexico, from everywhere. Working internationally is a change of scale for us; it’s a little complicated, because regulations are different in every country. So we’ve asked these new customers to wait while we set up a structure for reaching the international market.

To put it succinctly, we put ourselves in battle mode to start our world conquest!

If you were to start a new business in the same industry, are there things you would change? What were the most important lessons learned from this adventure?

We learn from our mistakes, so it's true that if I had to recreate Fairwind, we could save time on manufacturing aspects, of course, but especially in terms of communication.

We developed our wind turbine very technically and in a very confidential way in our workshops. So when we first came to market nobody knew us, and few people knew the technology. We first needed to convince people and answer a lot of questions about vertical wind and small wind turbines. We were lucky that Electrabel and ENGIE trusted us, but we still took time to get recognized.

If we had communicated before creating our wind turbine or manufacturing it, we might have had an easier time. It’s major work to change people’s mentalities, to show that there are other ways to develop. Even though the international context is difficult we’re working on it!

Ultimately, I wouldn’t change much except a doing a little more pedagogy and communication so that the market would be better prepared for the product when it became ready.

How has your relationship with ENGIE changed?

Having participated in a big international fair like the CES gave us credibility, even with regards to our farmer customers. Various spin-offs in different newspapers have helped ENGIE's management in Belgium confirm their choice of our technology.

After the CES and Viva Technology ... what do you expect?

Vivatech will bring us closer to our customers. It’s an opportunity to communicate with an audience closer to our target. At the CES we drew a lot of interest, but few paying customers because our product is difficult to export, both because of its size and local regulations.

France is a market that we are already developing in, and Vivatech will be a good opportunity to support this development. The presence of a large company such as ENGIE is reassuring for our buyers and brings an element of confidence.

I was very skeptical before the CES about how useful of our presence would be, but now I am quite confident about the opportunities that Viva Tech will bring us in terms of trade and sales.

And for you the future will be…?

The future will be green, of course!