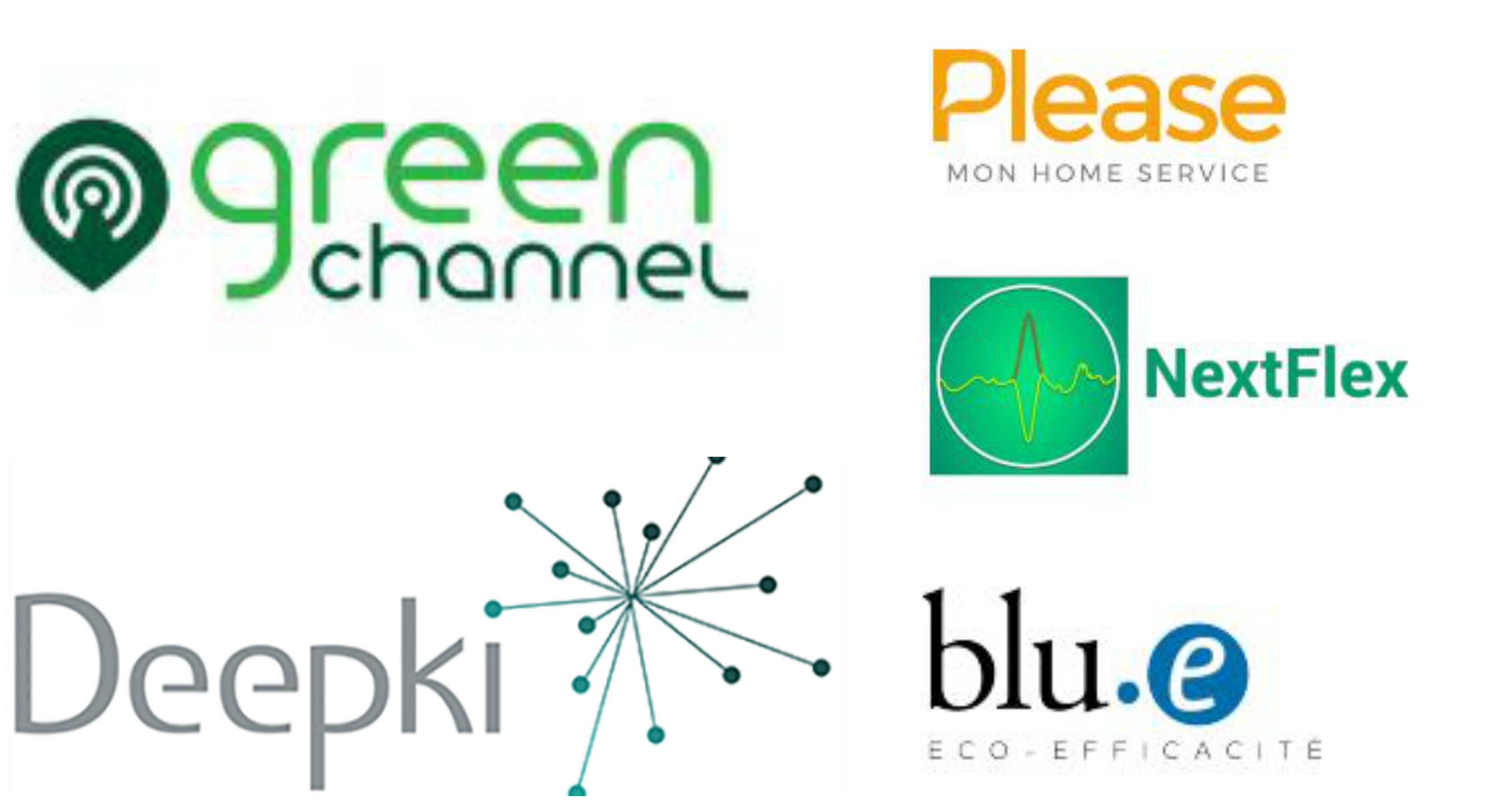 On March 23rd, ENGIE presented the first five startups developed by Group employees that went through its incubation process. Blue-e, Deepki, NextFkex, GreenChannel and Please: all of these young companies are highly interested in energy efficiency, of course, but also in other essential subjects for ENGIE such as the energy transition and connected housing.

The incubation process at ENGIE's

Each idea submitted by employees is analysed by internal experts in the relevant field, who decide whether or not the project makes it through to the operational launch phase: putting together a project team, setting objectives, pitching the idea to an internal Business Unit which will lend its backing… Once this preparatory phase is complete, the teams set up shop in one of ENGIE’s 13 partner incubators and spend 100% of their time for the next 12 months working in an ecosystem that is conducive to rapid development.

Throughout this incubation process, the project receives coaching and support from various experts, using the “Lean Start-up” methodology to determine a Minimum Viable Product (MVP) and rapidly identify the start-up’s first client. The start-up needs to be agile and reactive : it presents its results and undergoes a quarterly evaluation by the incubation team and the internal sponsors. After these intensive 12 months, and if the start-up has secured its first market, it is integrated into the Group as a project in its own or a specific new entity, or else joins the incubator’s acceleration programme to benefit from further support and backing.

The internal platform for submitting ideas is open to all Group employees and now includes nearly 10,000 members. Over the past two years, more than 400 ideas have been submitted in various fields, from smart solutions for distributed power generation to alternative forms of mobility.
The incubation process was initially reserved for people who submitted ideas, but in October 2015 it was opened to "intrapreneurs". In fact, the success of an incubated project is highly dependent on the quality and match of the development team’s skills. Within weeks, 230 employees spontaneously responded to a call for skills to identify key areas of expertise within the Group and build a "reserve" that could feed into teams working on innovative projects.

5 startups come out of the incubation process

Blu.e is a software platform that helps manage energy for industrial clients. It is a core tool for helping industry make the digital transition that will go hand in hand with the energy transition. In less than five seconds, the system identifies the operating variables that will have the most influence on energy performance (out of the thousands present on a site) and the optimal settings for them.

After its first year of existence, Blue.e already has reached a number of milestones: ten employees, its solution installed on fifteen client sites, and a turnover of €500k in 2015 with strong growth expected in 2016.

Deepki is a young innovative company in the energy transition market. It uses data analytics to detect and track energy savings for a client’s entire building stock using only existing customer data. 18 months since it was founded, the startup has 20 employees, 60 clients including Orange, the SNCF and Picard, and has analyzed 35,000 buildings.

Deepki was recently given an award by Emmanuel Macron, the Minister of the Economy, Industry and Digital Affairs at the Digital Innovation Contest!

The crowdfunding platform called Green Channel was launched in October 2015. It allows individuals to invest directly, with confidence and transparency, in high quality projects related to the energy transition. Two campaigns are currently underway with a combined target of €800,000. Read more on GreenChannel

The five employees of NextFlex have been incubated by ENGIE since July 1st, 2014. The startup has managed to attain 1.5 million euros in turnover in 2015 by enhancing the electrical flexibility of 76 industrial and service sites in France, from hypermarket to food factories, generating an overall reduction in power consumption of 120 MW.

In the coming months, NextFlex will develop further in France, Belgium, the Netherlands and Germany.

Please is a concierge service offering for individuals (offering services like cleaning, laundry, grocery delivery and catering) that puts them in touch with local businesses and service providers, companies and autoentrepreneurs.
The Please concept has been selected by local authorities, urban planners and real estate developers for the new services and greater appeal it brings to neighborhoods. Standout clients include the My Eureka district in Montpellier and the Edison Lite building in Paris.

Please has 12 employees (software developers, project managers, support functions), and five new concierge services are planned for 2016 as well as a mobile application that will be released in the summer.