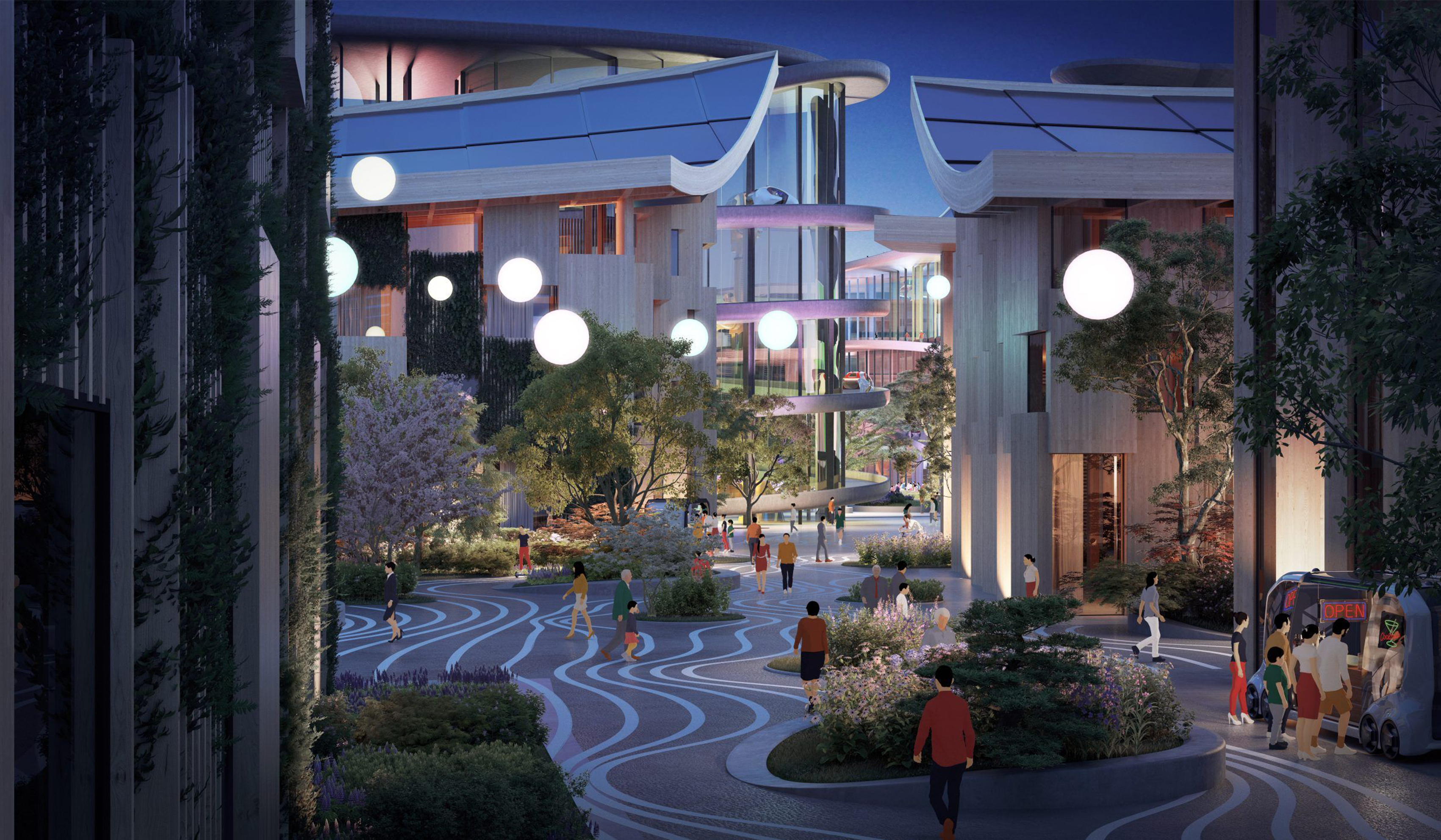 All around the world, the notion of the “smart city” is being both expanded and refined. From carless superblocks to a city being built by a car company, it’s clear that the coming decade will take the integration of technology and services to another level — where, hopefully, the design of urban spaces will put citizens first. Here is a world tour of some of the most interesting smart city projects:

The very idea that the auto giant Toyota is designing a new city is alone worthy of our attention. Dubbed the “Woven City,” Toyota’s project aims to build a “Living laboratory” and a “fully connected ecosystem” to test and develop technologies in autonomy: robotics, personal mobility, smart homes and artificial intelligence. Using the city’s real-world environment, its 2,000 inhabitants of families, retirees and Toyota researchers will yield invaluable data as they live their daily lives.

Expected to be unveiled in 2021, the city will allow the automaker to imagine an ideal environment for the autonomous vehicles it is designing, ensuring their self-driving e-Palettes become a fundamental part of city mobility. Autonomous driving is made possible by ordering the city in a grid, with three distinct road types being used: the first for fast vehicles, the second for lower speed and personal mobility vehicles such as scooters, and the third for park-like paths that only pedestrians can use. These roads will weave the city together so that citizens could potentially walk the entire city through its park promenades.

● The Woven city will be built on a 175-acre site at the foot of Mt. Fuji in Susono, Japan, replacing a former vehicle plant owned by Toyota. It is being designed with the help of Danish architect Bjarke Ingels, who has worked on a number of high-profile projects including the 2 World Trade Center in New York and the LEGO House in Denmark.

● The infrastructure will run on a digital operating system, with an AI that tests and manages the communications of various sensors across the city. Buildings will be connected to an underground delivery network where self-driving robots can deliver goods to homes on demand.

● It will be fully sustainable, with buildings made of wood and glass, and put together by robots to minimize carbon footprint. Native vegetation and hydroponics will weave together the outdoors with the urban sprawl of the city. Rooftops will have photovoltaic solar panels to generate power and the city will use Toyota’s hydrogen fuel cells to produce energy as well.

The experimental neighborhood transformation program in the Spanish city is based around organizing housing units called Superblocks. The goal is to reduce the amount of noise and air pollution created by cars, which “take up 60% of public space across the city".

● Superblocks are 400 x 400m squares of joined housing blocks, closed off to all vehicles except emergency vehicles, public transport and bicycles. Parking for residents is underground and speed limits are at a slow 10 kph (6mph).

● Citizen data is being mined as both a public and individual asset, meaning that the guardianship of their data will be used solely for public interest.

● Future plans include building more superblocks, developing sustainable energy by generating it from road surfaces, and a focus on developing technology that can be used to help the city's elderly population.

The capital of the Italian island of Sardinia is becoming “smart” thanks to Svolta, a national sustainability telestudy and telework mobility project financed by the Environment Ministry. The objectives: reduction of car traffic, but also of costs, pollution, waste of time — and stress.

● The project will overhaul the city’s mobility infrastructure by constructing lanes for both public transport and bikes, car-sharing and bike-sharing stations, covered parking lots for bicycles and specialized signs for cycling and pedestrian traffic.

● Researchers will collect traffic data, conduct surveys and use questionnaires to understand the city residents’ mobility habits, awarding participants with prize draw to thank them for cooperating with researchers.

● Data will then be used to communicate outreach programs to the city, with the hopes of promoting intelligent and sustainable living by encouraging residents to walk, bicycle and use public transport for daily journeys instead of driving.

KENYA: Welcome To The Konza Technopolis

The Africa-France 2020 summit in Bordeaux was the occasion to present the Konza Technopolis, a planned smart city 65 kilometers south of Kenya’s capital of Nairobi. Konza aims to alleviate pressing issues of sustainability and mobility created by Nairobi’s population of eight million … and growing! (Note: Africa’s urban population is growing at the double the worldwide average, forecast to reach 1 billion by 2040).

● The Technopolis’ connected infrastructure of citywide sensors will include roadways that will monitor pedestrian and vehicle traffic, adjusting traffic light timing to optimize traffic flows, and matatus (local buses) that plan out the shortest routes depending on the traffic conditions and the location of users.

● Konza’s citizens will be given direct access to collected data: traffic maps, emergency warnings, and detailed information of energy and water consumption.

● The Technopolis is also projected to include a new cultural center and administrative capital for the national government, with plans for modernized and environmentally efficient new Parliament, places of worship and hospitals.

ENGIE EYE Along with other partners, including La Poste, ENGIE is deeply involved in setting up one of France’s most innovative smart city projects in Angers. ENGIE’s “Livin’” platform connects existing infrastructures, allowing the western French city to have a global vision of its services and respond to multi-factor challenges. 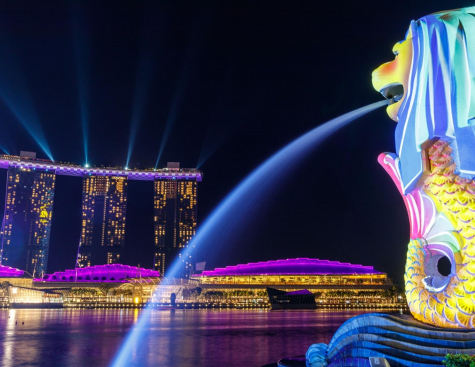 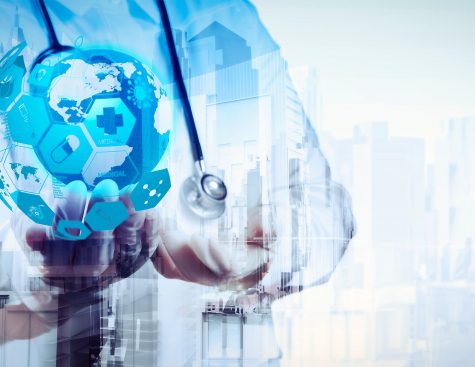 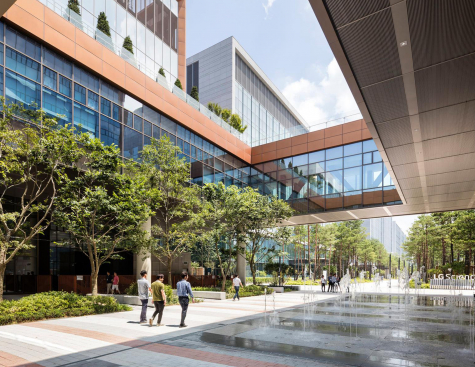 It’s time to fundamentally reimagine the urban space: In the face of both environmental challenges and technological breakthroughs, creative solutions are needed on both the individual and systemic levels.