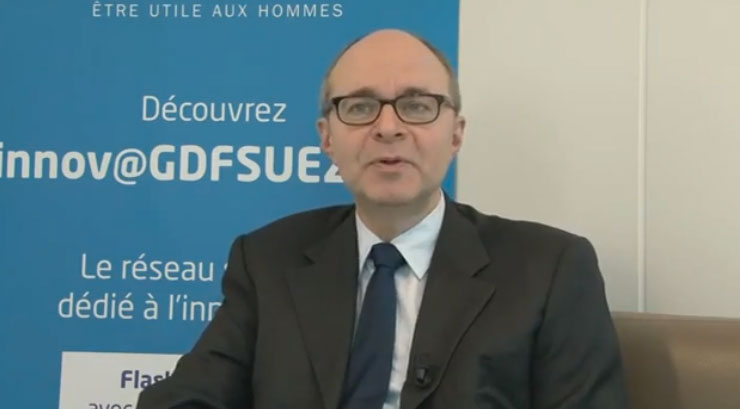 Excerpts from the interview with Stéphane Quéré :

“(...) The first major tool we use for getting involved with startups is an investment fund, 100% owned by GDF SUEZ, called GDF SUEZ New Ventures, which has a budget of 100 million euros. The fund takes minority stakes in startups that have reached the development phase.

The fund has already made 3 investments. One is in Belgium, with a company called Powerdale, which makes recharging posts for electric vehicles and works in particular with Tesla in Europe.

In February we invested in an American company called Tendril, which works on Big Data, and more recently in the French startup Sigfox, which has invented a system for transferring data between connected objects.

(...) We’ve also been planning more and more public events. For example, we have set up regional marketplaces so that local startups, colleagues from our operational subsidiaries, our industrial clients and local authorities can meet and talk.

We also launch calls for projects. One last November, for example, had to do with Lille Métropole and the renovation of an ecodistrict.

We launched several calls for projects in 2014, and we’re going to do so increasingly in 2015.