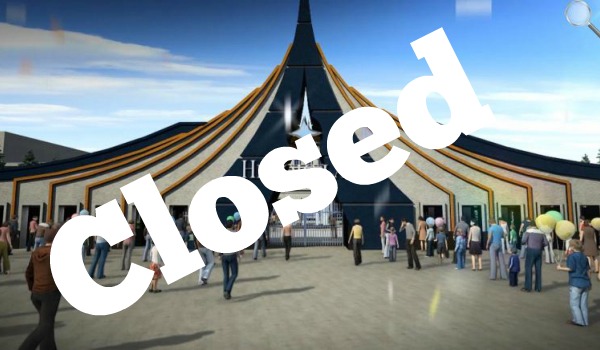 Provide innovative digital solutions for facilitating the management/technical operations of the park & Creating a unique user/visitor experience before, during and after visiting the park.

Purpose of the Call for proposals


ENGIE is assisting the Calais development agency Calais Promotion and localcommunities in Calais to create Heroic Land, an amusement park to be built in the area (62). Heroic Land will open in early 2019 on a 50 hectare site andwill cover the following major themes: science fiction, the heroic-fantasy,manga and steam punk. Calais Promotion also wants the park to be based on two overarching ideas: environmental and digital excellence.


For this second theme, ENGIE’s subsidiary ENGIE Ineo is launching a call for projects to develop digital solutions for two components of the future park: digital services for managing the park’s utilities, and digital tools for enhancing a totally unique user experience.

Rewards and benefits for selected projects

The selected projects will receive:


Heroic Land is a planned international amusement park in Calais that will open in spring 2019. It aims to attract 1.5 million visitors per year. With 32 attractions, including rides like the 80 m high Launch Coaster, Heroic Land is being designed for local, regional and international customers, for families with children as much as for teens. Situated on a 48.9 hectare site including parking, Heroic Land will allow users of all ages to experience a unique adventure, traveling through 6 fantasy universes as “heroes” themselves (in manga, science fiction, heroic-fantasy, great adventurers, steampunk and the ocean world). The park will be attached to the Heroic City urban district (10.2 ha) which will include a 250-room hotel. In addition to environmental excellence, digital tools and services will be essential for Heroic Land to both operate the site efficiently and to increase its attractiveness to visitors (customer experience):

Effectively operating the site: we are looking for realistic and scalable technological solutions that can be adapted over time to optimize:

Visitor experience: solutions that enhance the use and functions of digital technologies and services in what is provided to visitors in the following areas:


Applications will be evaluated according to several criteria to be confirmed with the Selection Committee. Projects may address a specific element named in the call for proposals or multiple ones. ENGIE and its partners reserve the right to designate several winners.


Projects will be chosen in 2 stages:


Phase 1. A shortlist of 5 standout projects will be established based on the initial applications

Phase 2. Leaders of the shortlisted projects will be asked to give a 20 minute presentation to the selection committee in October.


The winning projects will be selected by a panel of experts from ENGIE and its subsidiaries as well as local and national stakeholders.

2. LEADER AND PARTNERS IN THE CALL FOR PROJECTS

The ENGIE Group aims to be the leader of the energy transition in Europe, relying on innovation in particular to meet its customers’ new expectations.

By regularly launching calls for projects, the Open Innov by ENGIE open innovation platform aims to increase the number of external partnership opportunities with stakeholders in the world of innovation (entrepreneurs, startups, industrial groups, inventors, etc.) and to quickly identify new business activities (e.g. by positioning the Group at the forefront of the ongoing convergence between energy services and information technology)

With this in mind, we have committed ourselves to evaluating the feasibility and operational development potential of your project alongside the selection committee.

Depending on the nature of the selected projects, outcomes could include a business and/or technological partnership with one of the Group’s subsidiaries, the development of demonstrator projects or being submitted to ENGIE’s venture capital investment process.* http://www.engie.com/

Calais Promotion is the economic development agency for Calais and its region. As an entry point and reference for businesses seeking to locate in the area, one of its main missions is to seek outside investment and to help companies get up and running. With members including both elected officials and economic stakeholders, the Agency is supported by the City of Calais, the Agglomeration Community of Cape Calais, the Chamber of Commerce and Industry of the Opal Coast and a network of member companies.

Calais Promotion provides its support for major projects in the area including the HEROIC LAND amusement park, which it is assisting legally and financially during the upstream phase through its Study Fund that involves public partners (the city and agglomeration) and private ones (ENGIE, NGE).

Tektos is an accelerator for startups and a business laboratory specializing in high-tech B2B and B2B2C projects in Fin Tech, personal productivity, high performance computing, Data Sciences, the Internet of Things , logistics and education. We apply cutting-edge methods to identify, launch and grow businesses with disruptive technologies and to train the highest-quality entrepreneurs. With offices in Paris and Calais and an international team with a strong Anglo-Saxon culture, we offer an integrated approach to developing new business from scratch that combines training, mentoring, networking and access to talent and infrastructure.

They offer services to help companies make their digital transformation as well as those who are joining the adventure of the Third Industrial Revolution.

Moving people and goods around will necessarily be a multimodal process in the future. Transportation systems will have to reinvent themselves to be more sustainable: reducing energy consumption and their impact on the environment, improving their quality of service by putting the user at the center of their thought process and by relying on digital technologies and imagining new business models.

The Rev3 initiative will make businesses and local stakeholders more aware of these issues so that they change their behavior about innovation and begin to experiment, promote exemplary ideas and initiatives that benefit everyone and provide fantastic economic development opportunities.

More than ever, we work alongside stakeholders from the Hauts-de-France to meet the challenges of a sustainable and deeply connected economy.