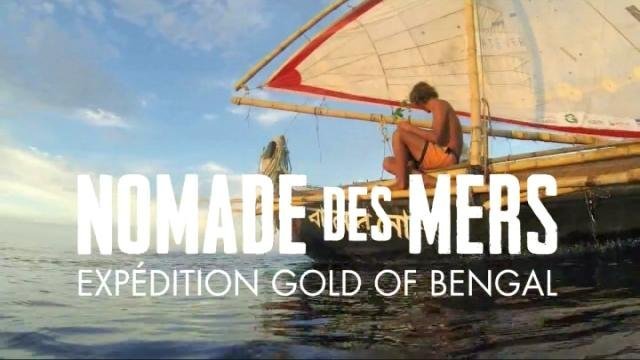 An off-grid electricity generation system for less than 500€

The Nomade des Mers (Nomad of the Seas) will set sail in 2016 on a tour of the world to test low-tech, open source inventions for self-sufficiency.

To help equip the boat, ENGIE is partnering in a challenge called "Invent an integrated, open source, self-sufficient electricity generation system for home use for less than €500.

Who is this call for projects for? The challenge is open to everyone: ENGIE employees, individuals, students, association members, researchers, entrepreneurs, etc.

Purpose of this call for projects : Join the Nomade des Mers Challenge: invent an integrated, open source, self-sufficient electricity generation system for home use for less than €500.

The Nomade des Mers (Nomad of the Seas) will set sail in 2016 on a tour of the world to test low-tech, open source inventions for self-sufficiency. To help equip the boat, ENGIE is partnering in a challenge called "Invent an integrated, open source, self-sufficient electricity generation system for home use for less than €500." The device must be able to generate 1000W of electricity.

You can participate in this challenge and contribute to making the world a greener place!
To do so, submit a response to this call for projects, which is the first stage of the challenge. This step — the "Detailed Concept" phase — ends on January 27th. The next two steps (Sourcing and Prototyping) will lead you to the Selection Committee

For the winning team, the First Prize will consist of: Travel for the team to install its prototype on the Nomad during a stopover on its world tour (when and where will be determined by ENGIE depending on the trip’s final route)

All participants will be able to exhibit their work at ENGIE’s Innovation Week in June 2016.

In 2016, the Nomad of the Seas will embark on an expedition around the world in order to test and promote low-tech, open source inventions that are both self-sufficient and respectful of the environment.
Nomad of the Seas will launch a series of challenges to recruit inventors and test their prototypes on the boat. ENGIE is sponsoring the challenge that calls for you to "Invent an integrated, open source, self-sufficient electricity generation system for home use for less than €500.”

If you and your team want to participate in the challenge, submit a response for this first step — the detailed concept stage — before January 27th, 2016. If your team is selected, you will move on to the rest of the adventure, which may lead to prototyping your invention. Experts from ENGIE’s research centers, the Nomad of the Seas and the Hackerspace La Paillasse network will be there to assist you along the way!

Winning the Nomad of the Seas’ "Invent an integrated, open source, self-sufficient electricity for home use for less than €500” challenge will mean you have addressed the following issues:

The device will supply the ships’ systems or their equivalent in terms of home use.

Start by getting a team of 3 to 5 people together. The team members can come from different backgrounds!

Then invent an original idea that helps meet the requirements of the challenge while also meeting the following criteria:

To prepare yourselves for the next steps, be sure to also meet the following requirements:

To apply for the Concept stage, submit a descrption of your team and your invention’s detailed concept in a PowerPoint presentation of up to 10 slides.

The first ten teams to register and send their ideas in 10 PowerPoint slides or less will win two tokens for expert assistance from ENGIE that can be used during the month of January to help them get to the final delivery stage of their response to the call for projects: a power point presentation + feasibility study + plan

Here is some content to inspire you and get your creative juices flowing!

The teams selected to participate following the Concept phase will be announced on February 9th, 2016. After this first round of selections, there will be three steps to get you in front of the final Selection Committee: Detailed Design, Procurement and Prototyping. The rest of the competition will take place between February 9th, 2016 and May 20th, 2016.

The selection committee will consist of Nomade the Seas, La Paillasse network and ENGIE.

For the final phase, the selection committee will include the team from the Nomad of the Seas, the La Paillasse network and ENGIE experts from the following departments: Sales, Innovation and New Business; Research and Technologies; Information Systems; and the Africa Business Unit, which represents all of ENGIE’s activity in Africa.

The two following phases will take place between February 9th and May 20th, with the final selection and awarding of the First Prize, which will be held in late May 2016. The invention will be installed on the boat during the second half of 2016.

Selection Committee and partners in the call for projects

The selection committee will consist of Nomad of the Seas (the Gold of Bengal association), ENGIE and La Paillasse network.

Gold of Bengal: The Nomad of the Seas project is supported by Gold of Bengal. Chartered as a 1901 Association, Gold of Bengal's works in research, development aid and promoting solutions to address issues of public interest, respecting and enhancing nature as well as the resources available locally.

La Paillasse network: le Réseau La Paillasse is a network of hackerspaces based in Paris, Lyon and Manila. It aims to develop research in the fields of cleantech and biotech, relying on citizens, low-tech, an open-source approach, and a DIY mentality.
In Paris: http://lapaillasse.org/
In Lyon: http://lapaillassaone.strikingly.com/

ENGIE has made responsible growth the core of its businesses (electricity, natural gas, energy services) in order to meet the great challenges of our energy transition to a low-carbon economy. The Group contributes to these changes by placing innovation at the center of its customer strategy. www.engie.com

* Depending on the location selected teams, hackerspaces or fablabs will be involved as partners, guaranteed to be in either Paris or Lyon