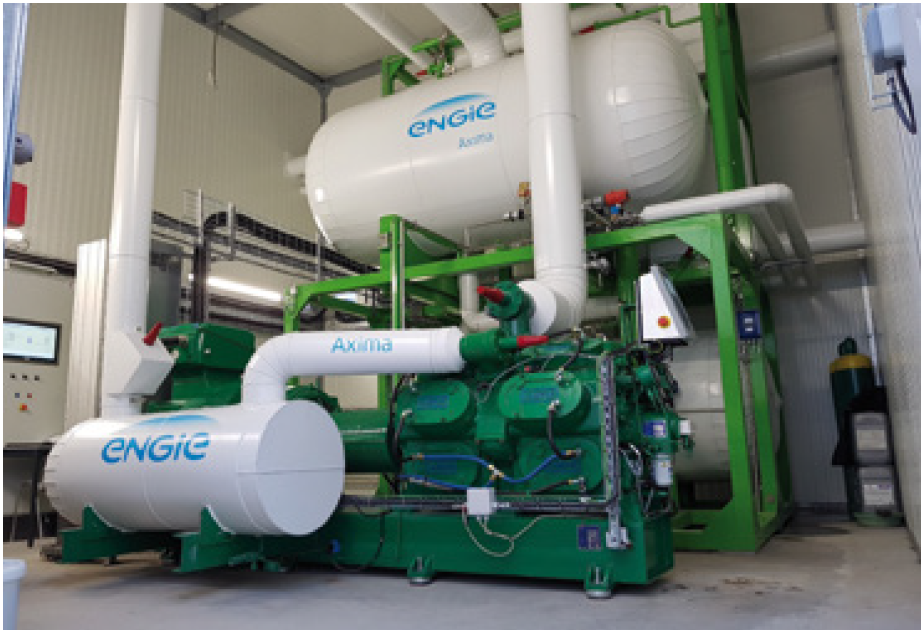 By providing low and medium-temperature heat for industrial uses, innovative heat pumps will help to meet the targets imposed by the energy transition.

The decarbonization of low and medium temperature heat in industry is now at a crossroads.

In 2019, the French Ministry of the Environment (Ministère de la transition écologique) launched its “Coup de Pouce Chauffage” scheme that provides financial assistance to households to help them replace their old heating system with more energy efficient equipment, in particular heat pumps. But what about businesses?

Companies have also got the measure of environmental concerns and are looking to reduce their carbon footprint. One way of doing this is to find low or zero carbon solutions for producing heat. There is a lot at stake because 32% of the final energy consumption worldwide (total energy consumed by end users) goes to industry, with three-quarters of it being used to produce heat. Half of this amount corresponds to low (under 100°C) and medium (under 400°C) temperatures, meaning this is an important lever of action that can contribute to reducing the carbon footprint of the industrial sector.

Other avenues, notably those in connection with industrial symbiosis (when the waste or by-products of one industrial process provide the raw materials needed by another) or other innovative processes are the subject of careful studies at the present time.

Above and beyond these methods, many scenarios envisage the deployment of either electric or hybrid boilers and, above all, heat pumps - which are expected to become much more efficient - more or less in line with the current trend in private households. Development of equipment capable of providing temperatures between 120°C and 200°C is ongoing.

A heat pump is a device that transfers heat from a colder heat source, such as the air, soil, groundwater to a heat sink. In industry the source is often waste heat that would otherwise have been lost. A working fluid or refrigerant circulates through the device and undergoes a series of transformations, absorbing heat in the evaporator, heating up in the compressor and releasing heat in the condenser. The other component of the system is an expansion valve.

The coefficient of performance (COP) is a measure of heat pump efficiency. It corresponds to the ratio of the heat supplied by the heat pump to the energy (often electricity) consumed by the compressor.

In commercially available heat pumps, the system typically contains either a mechanical compressor or an absorption system. In an absorption heat pump, the vapour is absorbed into a liquid. This solution is then pumped to a higher pressure, which requires much less energy than using a compressor. To start the cycle again, the refrigerant is removed from the liquid by evaporation (desorption), for which a reliable source of heat is required. Hybrid compression/absorption heat pumps exist which combine both technologies.

Amongst the many available heat pumps using either or both of these technologies, several solutions are emerging that are now capable of providing heat at a temperature over 110°C. Operating with a heat source between 8°C and 40°C, ENGIE’s Thermeco2 heat pump can raise the temperature of a fluid up to 110°C. It uses CO2 as a working fluid, which has the advantage of being non-toxic, non-flammable and cheap. In addition, it has no impact on the ozone layer and a global warming potential (GWP) very low compared to most refrigerants used today. Its so-called “transcritical” cycle is original because it takes place in part in the supercritical phase: at the compressor outlet, the pressure of the working fluid is higher than its critical pressure, a point beyond which, in practice, the CO2 can be cooled without condensing. For this reason, the conventional condenser is therefore replaced by a gas cooler.

Another example of high temperature heat pumps is the Hybrid Heat Pump, first developed in Norway by the Institute for Energy Technology (IFE) and then by Hybrid Energy. Following a partnership agreement signed in 2015, ENGIE Solutions assembles these customised systems in Montauban-de-Bretagne in the departmentof Ile-et-Vilaine (France). This heat pump combines the principles of absorption and compression and works with a natural refrigerant based on a mixture of water and ammonia. This fluid is zeotropic, which means that the phase change occurs within a range of temperatures rather than at a constant temperature. Compared to a conventional heat pump, heat exchange performance at the condenser and evaporator is improved thanks to this property, leading to a better COP. This heat pump is therefore capable of heating water up to 120°C at a low operational pressure (below 25 bar). A traditional heat pump using pure ammonia could not exceed 50°C at this pressure. Operating at 40°C/100°C, this heat pump’s COP is 4.5.

At the beginning of 2018, the Hybrid Heat Pump was installed at the Compagnie des Fromages & RichesMonts in Vire (France).By exploiting waste heat rejected by the refrigeration units, it supplies seven gigawatt hours of hot water at 85°C per year that can be used for cleaning, sterilization and production. The CO2 emissions resulting from the production of heat have fallen by 90%.

Producing and distributing heat in the form of hot water in processes where steam is often the preferred energy carrier holds back the deployment of these new technologies because significant changes to the process are required such as the integration of a new exchanger. Heat pumps capable of generating steam between 150°C and 200°C would provide many opportunities. Current developments in heat pump technology are aimed at improving COP and increasing temperatures to 200°C. The lack of low environmental impact refrigerants is the main obstacle.

A direct application of very high temperature heat pumps consists in exploiting low temperature-waste, renewable heat sources (solar, geothermal, free heat) to produce steam in parallel with an existing boiler. A heat pump generating steam would at least double the efficiency of an electric boiler and the use of green electricity would make this system carbon neutral. It is this principle that is behind a steam generating heat pump commercialized by Kobe Steel, which enables a modest steam temperature of 120°C. The SGH120 has a COP of 3.5 with a heat source at 65°C. Kobe Steel proposes to go one step further with the SGH120, adding a steam compressor unit to reach a steam temperature of 165°C (with a COP above 2).

The decarbonisation of low and medium temperature heat in industry is now at a crossroads. There is no universal solution, the reason being that heat comes in many forms and that increasing temperature comes at a cost. Given the different situations encountered, the idea of a mix of solutions seems to be the most suitable. Energy efficiency is one such solution and perhaps the only certainty today. 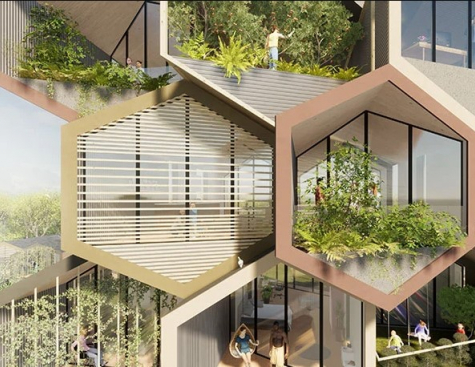 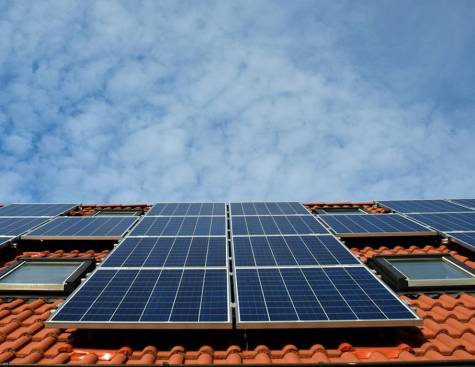 Bringing It All Back Home: Innovations In Residential Battery Storage

Battery storage systems have emerged as a key solution to integrate renewables in utility-scale power systems across the world. 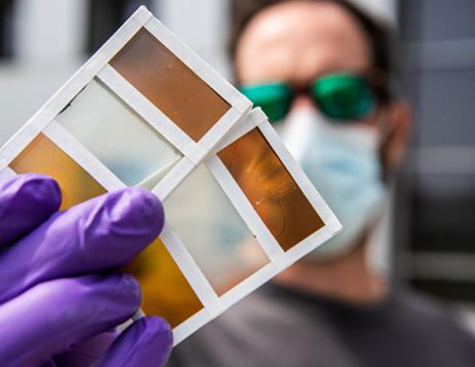 Sun as a source of energy is both seemingly of infinite value, and comes with limits. (credit: Dennis Schroeder, NREL)